My opinion about the stream of alpha one preview 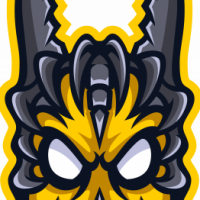 I felt the need to expose certain aspects of the stream that is taking place this evening.
I am aware that this is a preview of alpha one and that it is doomed to be improved.
I'm like you, I want Ashes of Creation to be the dream of every MMORPG player! Given the promises that have been made, it must be there!


I found the first 25 to 30 minutes of "gameplay" quite time consuming, I had an impression of an obligation on your part to share the gameplay of MMORPG, as if some things forced you to reveal this part and do it in a bacler way and therefore not scripted.
I'm really a fan of stream scripting when the gameplay guideline is announced and this avoids losing it as much as possible.
And this once again makes it possible to have objectives within the teams and shows the efforts pushing in this direction to the community.


Example:
STREAM 1: The direct operation of a caravan, this goes from loading, until unloading OR destruction of it (When everything is operational of course)

Stream 2: Taking of a city + Election of a mayor + presentation of buildings in the city (construction / collection)

We can offer a lot of possibilities with a target to target for all.


Because there for someone who is not confident with Ashes of Creation, this stream could frighten him so much some things are magnificent (decorations, environments / effects of spells) and others which still lack work (animation horse, character , the feet of the players who are easily superimposed 3/5 cm above the ground which gives us an impression of constant flight.


To talk about good things now,

- I really loved the biome present, and the diversity in creatures that changes from ordinary MMORPGS, it changes it's fun and it's beautiful, the light effects are very well done!

Not sure what is to develop at the moment but if another alpha one presentation stream gets on your agenda then my idea would be to maybe focus on the departure of the characters, the skill tree aspect , choice of class how it is done even in order to sequence, a way like the nodes to explain to us