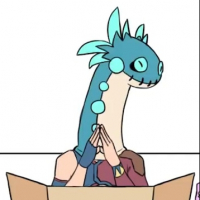 Shinnanigens Member
August 2020 in General Discussion
Lineage 2 was one of my favorites and the Karma system in Lineage resembles AoC's so much I wanted to discuss loopholes players used to get out of the karma system Steven and others might have forgotten about over the years or not just thought of. Better safe than sorry

First and foremost members of other guild alliances would just kill you over and over to lose your bad karma and any gear you dropped they picked up and just gave back. Same works with your friends doing it as well. Secondly using a secondary account logging in a very remote area and just killing yourself over and over again. Thirdly they fixed and it was people would just log off that character and it would lose karma over time. I heard people say in AoC it will slowly decay over time I just hope not offline.

Also corpse camping has not to my knowledge been explained fully in how you guys plan on dealing with an entire guild sitting on your body and not letting you recover. Again it's super early alpha and we don't exactly know how respawning after death works just yet.