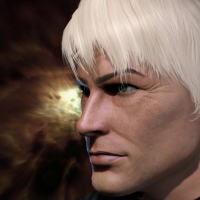 Otr Member
June 21 in General Discussion
I would like the map on Ashes of Creation to have
- high security areas, where corrupted players would not survive long, where PvE players can feel safe and play just as PvE players.
- full PvP areas, where the effect of corruption would not apply at all
- and a gradual transition between these zones

PvX players would have the possibility to choose to enter PvP zones when are prepared to die. Or enter just into intermediate zones where corruption penalty is significant enough.