Home› Archived Posts› Ashes of Creation Design
Greetings, glorious adventurers! If you're joining in our ongoing Alpha One testing, please follow the steps here to see all the latest test info on our forums and Discord!

ArchivedUser Guest
June 2017 edited June 2017 in Ashes of Creation Design
So whether you do this before the game launches, or some time after in a new (2nd) release/patch... I think it would be amazing to see Dryads as a potential race in a MMORPG.
Why? From the looks of it, you will have a lot of wilderness and forest-like woods in the environment. Dryads are a mythical tree creature. We always have the typical same ole races in games, such as Elves, humans, dwarves, and orcs. You almost never see Dryads as a playable race in online games. So it would be very new & unique to include this mythical creature as a race in Ashes of Creation!

A little bit about the folklore of Dryads:
They are a forest dwelling tree Nymph, or tree spirit. They originated from Greek mythology.
Usually, dryads are shy creatures; however they can be powerful, fierce, very intuitive. They are one with mother nature, or Earth. While their appearance is odd & unique, resembling that of an oak tree or ash tree - the females are mesmerizing & beautiful to look at. The males are more fierce & bulky in appearance. Males maybe intriguing to look at, but could also strike fear in their enemies due to their stature.

Creative Personal Ideas for In-Game Folklore:
They are a paganistic race, who worship Mother Earth as their deity. ("mother" being feminine/goddess) For this reason, they are ran as a Matriarchy. Sons grow to be strong warriors and hunters. Daughters grow to be rulers - nurturing & logical for their people & allies, yet ruthless to their enemies. Sons grow to be the army. Daughters grow to lead the army. Despite this, both genders are valued & treated with respect; and everyone is happy to play their part, or role, in their Dryadic society.
+ Summoners could have an elk or mystical sprite as their companions; or even a centaur would be cool!
+ Mages are elemental... So the Earthy skills could be a Dryad's strongest skills!
+ A top-notch archer & hunter in the wilderness!
+ Male tanks, as a dryad, due to their stature & size, would be intimidating & tough!

Appearance options in character customization:
1. Various shades of tree bark-looking browns, and forest-like shades of green, for skin.
2. They can have wild looking hair, or different types of braids. Maybe even flowers incorporated into hair styles for females.
3. Various shapes & sizes of tree branch style horns!

Note: when I went to make edits, to fix my typos, my post disappeared. So I am posting again. For this reason, I apologize if there ends of being two of the same post later on at some point. However, this one  no longer has typos 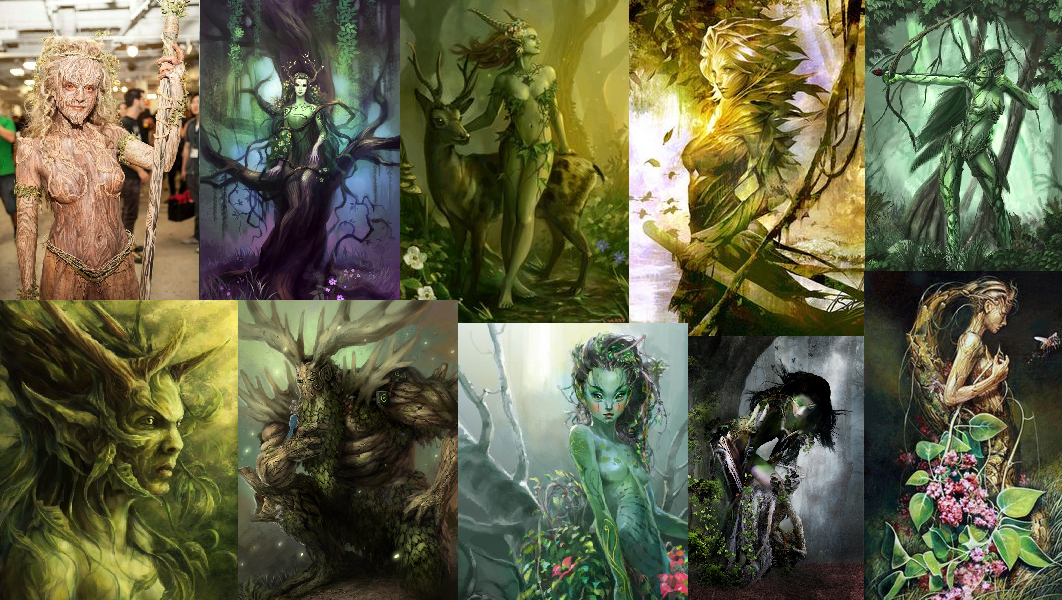