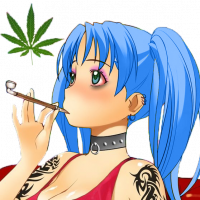 Server: (TBD, we don’t shy away from a good fight and will be on one of the main NA servers)

Time zone: We are an NA centered guild but have members in the EU/JP time zones and will run through out all time zones.

Enveus is a Guild that has been around for over 5 years, we come from a background of games such as SWTOR, ESO, EVE, SWG & Final Fantasy XI: (Volume LS, Excellence, Exodus LS and 24/7). All of our members are experienced raiders and PVPer's from other games and have been in top guilds in various games such as AA, Albion, Gw2 & BDO. The list of accomplishments over various games is too broad to list. We offer a team of experienced gamers who are not only serious about being a dominant force within Ashes of Creation but logistics to match. We don't play nice, if you're looking for white knights or people who walk the straight line and aren't willing to do whatever it takes to get ahead then we're not the guild for you.


With 8 Phoenix Initiative members, over 125+ members in Alpha 1 alone & over $75,000 invested in Ashes and an active discord community, we've got members who play a myriad of games together. We're heavily invested in Ashes of Creation & plan to have a heavy involvement in everything ashes related with so much content and a list of features, we aim to be a dominate force in all aspects, simply put we play to win.

Our leadership and hierarchy are based on merit, we don't promote people just because "that's my RL friend" Our teams are led by people who have proven themselves to be an asset in said field or have shown that they have something to bring to the table in terms of leadership. Our Squads are ranked by ability and skill, this is also to help make sure the guild is organized and accounted for when it comes to logistics, gear drops, event points, crafting mats, raids and sending in troops for Sieges/PVP. Each branch of the guild is scalable to handle the growth of our community. With over 125+ members in Alpha 1 alone, averaging 15-20 applications a day. We are scaling the size of our growth through heavily vetted apps (sorry we don't just accept everyone) and member skill and attendance tracking to foster a scalable, tactical, efficient and competitive environment.

●Crafting Officer​​- ​Final say in all crafting matters,​​responsible for crafting meta & communication with other branches, extremely knowledgeable in all aspects of crafting (all other types of officers give input).
○Progression tier items crafted with ​guild resources​ will be distributed where necessary determined by leadership based on the overall goals of the guild, and the contribution of individuals/groups towards those goals.

Enveus strives to be a centralized power not only within the political arena but in the Economic PVP and PVE aspects of AoC. We strive for Excellence and will use our knowledge, tactics, tricks of our trades and skills gathered from the years of experience in other MMO’s to build a community that not only benefits from the experience of our past conquests but thrives off our ability to be a major political and economic power within AoC.

We aim to reward our members for their accomplishments and hard work, not with just gear and drops but investments in our member’s business ventures, Tavern expansion and gold payouts (Bi-weekly/Monthly, will be dependent on different factors).

We firmly believe that the guild bank should not only be a source to fund guild ventures but also give back to the members who invest time into events, camp world spawns or attend member related events. At the same time rewarding those who might not have made it to a certain event due to work/school/Real life but are still active within the day to day operations that advance our guild.

You all know it, that moment when the odds are against you. Music bumping the headphones 2 people on your tail, one of their friends falls for a trap and gets knocked and the last one is on your tail and its neck in neck only for you to hit that combo at the right time winning the fight with 10 HP left. You check your surroundings for reinforcements and make a quick dash to quickly heal. You’ve won the fight and your first words where probably FUCK YEAH! Or some sort of war cry (Yeah I’m kind of weird like that lol). Here at Enveus we love those moments, we LIVE for those moments and no matter win or loss, we never shy away from a good fight. We always encourage friendly competition and do not accept poor sportsmanship or discord rages or chat spam because you didn’t get good

We understand that everyone has a direction they want their adventure to take, here at Enveus we feel that people from all walks of gameplay can find a place to call home. Be it by joining our crafting division and becoming a trade prince or merchant king, working with our Assassins guild to gather Intel on targets, caravans or carrying out mercenary work or even joining our ranked tiered PVP teams there’s always a place for people to achieve their goals!

Here at Enveus we have a dedicated crafting department that focuses on CRAFTING! Not a PVP person? Don't like to raid? That's 100% okay! We have a separate section of the guild with teams that focuses on not only all aspects of crafting but the guild and world economy. Enveus will be founded on a mix of free enterprise and mercantilism. Guild members will have the flexibility to settle on their own choices, be you a crafter or a merchant king while aiding the general development of the Guild. This framework enables people with inspiration and cunning to move into places of riches and pick up impact among different players. In the beginning times of Ashes of Creation, a solid concentrate will be put on building inside frameworks to enable individuals to achieve their own particular objectives. Nonetheless, we perceive that not all players may have an enthusiasm for this type of gameplay, and we urge those players to aid the improvement of the organization by different means. There will be a home for each play style inside Enveus, yet those with a savvy mind and a brisk mind for business will find themselves very much regarded and compensated.

Enveus will undoubtedly be a large guild with the number of people we’re bringing from other MMOs, friends, family & content creators from a myriad of other and past games played with. That being said you won’t be a voice of 1 in a crowd. We are not and never will be a Zerg guild. In FFXI we were known for low manning content that others needed an alliance for and we pride ourselves on efficiency. We will work with members to build teams for carrying out special tasks without the need to send large amounts of people. We encourage members to encourage trusted friends who they enjoy playing with to apply so that they can also play with people they’re comfortable with.

Our PVP teams are comprised of 4 tiers with their every respective rank. We hold a trial by combat and rank members based on their combat skill with the ability to rank up.

Our Raid: teams are comprised of the main static that will be the main group who are focused on world & server firsts. Members who want to spend hours on end trying to be the first to clear a raid! Our 2nd team will be comprised of members who want to actively raid but at a set time and are not necessarily interested in going at such a rapid pace.

Our third raid team will consist of tryouts, sub-ins for the 2nd squad and a mixture of overflow that will be on a scheduled basis, this is for people who are busy with other events and real life but want to raid in their off time, members who might need a carrier for a quick craft item or outside buyers looking to buy a quick item. We have an attendance tracking calendrer that lets members schedule raids and RSVP ahead of time along with a DKP system for drops.

We always strive for BiS, Min/Maxers and fine-tuning our abilities and gear to best fit our playstyles. While we always want our members to enjoy themselves and have fun in their player experience and adventures we don’t accept laziness and a lack of will to better one's self. Even as we progress the world through launch we encourage constant growth, knowledge, and progress.

People who are always constantly looking to improve their skills

Players who have experience in dual boxing, custom-made macros, and scripts and maximizing their ability to be more effective at their craft or kills.

Players who have high amounts of play time
Players not only in the NA but EU/JP/OCE time zone, Enveus has members that span across various time zones and are proficient in keeping up with events, world spawns and guild related activities throughout all time zones.

Players who are highly invested in not only the community but in Ashes of Creation as a whole.

Think you have what it takes? Got questions about the guild? Feel free to PM me here, on our website or on Discord: DA#6219 or just join our discord!

So updated news, We've been playing Conquerors Blade. We now on a Castle and our old town of Saeufer. is now the highest level town on NA server. Starting the game 4 days before release went from a medium size guild owning our small pocket of the world, to decimating guilds from Alpha/beta who thought we'd be an easy territory grab, as of this post we have never lost a territory or war against us.

As we sought to expand we ended up creating a small coalition with other like minded guilds, going from our small pocket of the map, capitalizing on the greed and power hunger of other guilds backstabbing quality friends in the to owning over 60% of the Ostarian map becoming the the strongest Alliance within our region holding the largest amount of land.

We've recently absorbed 2 other guilds and will be expanding our territory within the coming weeks! Feel free to come play with us its free to play and we have all the guides, Guild events, formation training and Territory wars. Big shout out to the Conq. blade group for doing their thing we've learned a lot and are always striving to improve ourselves.