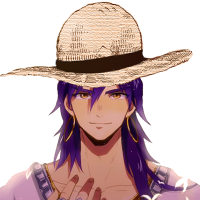 Goal: To leave our mark on the world of Ashes of Creation!

Active in New World! If you're interested in joining us on New World then hop onto our server Ohonoo, Syndicate faction.


Why should you join us?

Those who want to fully delve into the game with us on launch and who can't get enough of it while we wait. Our people are passionate, knowledgeable, and have a tenure/list of accomplishments few other guilds can affirm. We aren't just sitting around waiting for the game to launch... We're actively building one of the most engaged and experienced communities in the game.

We all have lives outside of Ashes but for us when we're playing we want to accomplish something meaningful with the time we have. We want to be the best at what we do and we're working hard to make that happen! So if you're interested in being part of a guild that has years of history under its belt, and has been part of the AoC community since the beginning...

Then join us today and see what we're all about!

We have been featured on podcasts such as the Dungeon Crawler Network, our own Ember Podcast, and on past videos such as Death’s Proxy’s coverage of Pax West back in 2017.

How To Find Us: