How would you handle guild diplomacy? 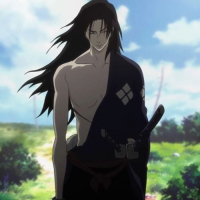 JINFFOD Member
November 2019 in General Discussion
So in a world where there are hundreds of guilds from multiple dimensional spans, there will be diplomacy and/or conflict. As a guild member/leader or even a non-guild member, how would you handle the 'politics' involved? Do you have to adhere to your guild policy that is stated in the Guilds section and all over Discord in *every* situation, for fear of public scrutiny? Or is it love for your guild members that you fear change? How would you handle a situation that might lead your guild to go to war with another guild? Perhaps once they were your friend/family/ally? Would you send emissaries? Destroy every node in sight that belongs to said guild? Perhaps have an 'ambassador' assigned that can handle these political issues. Ahmad ibn Fadlan?
For the spirit of the wolf is its pack, and the soul of a samurai is his sword.
0