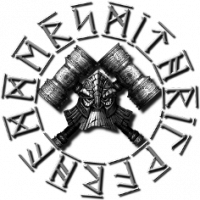 Greetings creatures of the realm of Verra !

The Mithril Warhammers Dwarvern hold is a pvp centric Dwarven themed guild with two plus decades of history.

Our existence began in the The Realm where we have been competing and having fun in almost every MMO since. We play Dwarves exclusively, when available. Some may remember us from the Death server in Shadowbane fighting for months of total war against an empire of Death, Ostermark in Warhammer Online where we united the Order faction vanquishing Chaos off the server, or Jade Quarry in Guild Wars 2 release as one of the original founders of the Jade Alliance among the various other mmos we have either tested or planted our pvp banner on as we have made eternal friends and sworn enemies across the many realms.

Currently we are focused on the mmo Crowfall testing and soon release as a Dwarvern Stoneborn guild. If interested in playing a Dunir come Alpha 2, beta, or release please direct message me.

May your beard grow long, your axes and hammers find their mark, and the ale never run dry in your troll skull mug.