Don't Kill the Casual - Progression through emersion should happen naturally 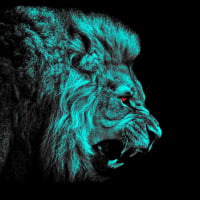 Ridiric Member
June 2021 in General Discussion
Before I start I just want to say I have played many many MMOs since 2006 to end game and beyond. I am an advocate for these type of games and have spent my life growing up in fantasy worlds of all types through the years to escape. Through those times I have loved, lived and enjoyed my RL as well as my fantasy gaming realm. I have always done my best to balance these and to have a health life style.

The word casual gets thrown around casually. In my mind it means you play several times during the week maybe even daily but you also hold down a job, family and maybe even work in some time for fun on the side that might not be gaming. You play 10-20 hours a week devoting time to the game but have restraints so that time may vary.

The issue arising from many of the newer games released now is the influx of over informed perfectionist that want to be the best as fast as they can. A week or sometimes less into the game you will see players already maxed leveled trolling the chat, dungeons and such making the community less than enjoyable while trying to control the market with some nonsense. I have seen many of your videos and followed your work for a long time and I believe you will be able to defeat this new age moto by doing exactly what you are striving to do.

No one wants to be handed anything because then it just seems unimportant but also no one wants to grind something for hours if it also seems useless in the end. Progression through emersion should happen naturally. Much like reading a book. Before you know it you maybe halfway through and you have half a book left but you don't care because it has been so good thus far. The worst is when your halfway through something and you realize that it was not worth the time you spent dumping into it.

So why Limit Progression? If the server is going to change naturally and the structures, environments, and players around you do the same shouldn't it happen at a realistic pace? Have you thought while making hundreds of craftable items that maybe no-one could really make this in the time I've been pumping out iron ingots. Maybe you conquered an entire village just to see next week other players doing the same quest line again as you pass.

I know making quests pass away in time and trying to make everything seen new and not recycled is near impossible with story structures involved. Most the time this is done with instances or content made for specific events.

Here is the crazy idea people will love/hate. What if there was limits on progression based on realm time. Instead of making the overall goal level 50 for end cap make it level 20 during the first month of launch. Next month 30, 40 then 50 ect based on time lapse in the realm. Players who reach the cap maybe like "Well what is there for me to do now?" Alternate characters, crafting, dungeons based on level and getting level appropriate gear.

One of the biggest challenges is always how do you keep the realm feeling like its moving together. People don't want to get left behind or your stuck waiting on people to catch up because you have the time to play. Most MMOs I find people power level through the game forgoing any storylines or questing unless they have too.

What about when all these players reach 50 (max) then someone wants to come along and start later? If this game is going to have children and a family tree type thing why not have specific birth months that give bonus XP or whatever other bonuses blows your mind. I think the overall thinking is many people want to play an MMO game but we all have many different life styles. Since we all want to play together the more organized it is the better it will be, the closer we will join and the more fun we will have.

I have absolutely loved everything I have seen on the AoC youtube channel, forums and media. Keep pumping out the footage and get Alpha rolling. You will have the backers. You are working on something truly special.