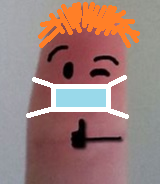 McMackMuck Member
October 4 in General Discussion
I appreciate that this topic could get a little "emotional", but I figured it would be good to gauge opinion.

Inflation is always with us.

If by the time Ashes releases the sub cost was higher, say $20 per month, how would you feel?

How do you judge where your value-for-money vs. affordability threshold is?
1
«123»