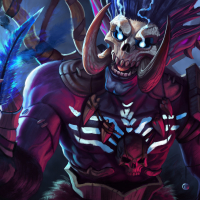 ThornyDevil Member
December 2021 in General Discussion
I really hope this game does well from launch. The one thing I find unsatisfying in current MMOs is that classes are either too restricted (not enough choice) or lack class identity.

So far, with 64 classes to choose from we can't say classes will be restricted and I am glad that IS is going for a Archeage type of class combos. However, my concerns go to class identity. In Archeage, you hardly get a feel for the class.

For example, from the classes to choose from in AoC, would the Falconer play with a Falcon? Do you guys think classes will have that class identity as per their names?
2
«1234567…10»