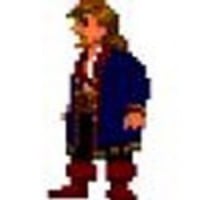 Our goal is to build a place that fosters excellence and mastery. We aim to be competitive, like hardcore guilds do, without sacrificing the social elements and the personal freedom that make casual and semi-hardcore guilds great.

Other hardcore guilds want you to do what they tell you to do, wear the gear you are told to wear, use the build you are being told to use. You are just a number on a list, a pawn on the board.
In our guild we instead encourage you to use the build that you enjoy playing, and that fits your playstyle the most. Of course, we do set expectations around cooperation and common goals, but other than that, you will have a lot of freedom to take initiative.

Keep in mind that we are a new guild. We don’t have a fancy logo, player banners or a website like older and bigger guilds do. Building a trustful relationship between our members will be our main priority. For us, the most important thing is the people that are part of our group.
Fancy crap is secondary and will come later, eventually.

COURAGE
● Do what others don’t dare to try. Other guilds will force you to play the meta, in this guild we incentivize you to experiment and to break it.
● Speak your mind. Others won’t align with your desires if they don’t know what you want.
● Never hold back from a good fight. No pussies.
COOPERATION
● Be a teamplayer. Help your guild mates, always, and don’t be scared of asking for help if you need it. In this guild we are creating a culture based on generosity and solidarity.
● Your character and gear progression won’t be compromised if you dedicate a couple hours a week to mentor the new recruits. Everyone is expected to do so.
INITIATIVE
● Everybody is welcome to organize events (like raids and group farming) anytime, all we ask is to not do it when other guild activities are planned.
● Don’t sit there waiting for others to involve you. If you want to do something, organize it and ask others to join you.
● Initiative also means trying things out and pushing it to the next level. Trial and error is a core principle in this guild.
RESPECT
● Be respectful to your friends. Occasional friendly banter between guildmates is fine, toxicity will not be tolerated. Avoid drama.
● Be respectful to others, allies and enemies alike. When you are carrying the name of the guild you are expected to represent it and the values it stands for.
● Build trustful relationships and solve problems as a group. This means having maturity, staying open minded and accepting constructive criticism.
INVOLVEMENT
● Pushing for the best shouldn’t be an excuse to avoid inclusion of others. No elitism. No gatekeeping.
● We understand that you can’t like everybody, and that you want to play with friends. You should consider admitting other players from time to time anyway. Open groups.

Our objectives within the game will be decided and established along the way. Of course, like everybody else, before release we’ll decide a node to settle at and take control of it.

A big effort will be put into diplomacy and setting up a strong economy in our local area. We’ll make deals with neighbouring mayors and establish trading routes with nearby nodes.

We are not planning on being part of mega-alliances, if anything, we'll try to oppose them instead. We will try to form alliances with friendly guilds that are like-minded and guilds that compensate for our weaknesses.

We’ll work together to level up the node to a metropolis, to claim a castle / kingdom, to get our hands on every world boss and probably more (server / world firsts, arena competition). We aim to be a force to reckon with on the entire server.

We will keep changing our plans depending on many factors, including information that we still don’t know within the game systems, and the player needs. The decisions we will take will depend on what the players want and will be continuously discussed internally.

Trial and error will be core during this process. We will try, and we will fail. And we will try again.
We’ll start small and we’ll be limited only by our ambition.

WHAT ARE WE LOOKING FOR

We are looking to form a close-knit group of players to get things started in Alpha 2, and keep growing while preparing for release. Even if you don’t have access to Alpha or Beta, don’t hold back and contact us anyway, and become acquainted with the other players.

Our ideal guildmates are:
● PvP enjoyers
● Passionate and dedicated gatherers and crafters
● People that like to focus on teamplay, sharing and helping each other
● Players that love theorycrafting and experimentation
● Tryhards that don’t want everything to be ready and prepared for them

For those who want to focus on the economy, we are planning to set up a second guild specifically for gatherers and crafters.

Recruitment is open for everyone at the moment, including more casual oriented players if they meet certain requirements, but this will change in the future.

Since we are a new guild we are also in need of players that are willing to help with organization. This includes various roles like:
● Spreadsheet nerds that want to focus on economy, trading, resource management
● Experienced PvE raid leaders and PvP shot callers
● Recruiters, diplomats, mentors, and other officer roles required to manage the guild

If you are looking for an officer position in our guild make sure you have a good background experience for it and/or extra time to spend outside of the game. We won’t hand out roles just to have a title, nor based on seniority. You won't become an officer just because you joined first.


WHAT ARE WE NOT LOOKING FOR

Some kinds of behaviour will not be tolerated in our guild. For example:
● Bringing drama in the guild, internally and/or from/with other guilds
● Being toxic with other players (in the guild or not), public trash talk
● Minding your own business all the time (not participating in discord discussion and never joining voice chat)
● Ninja looting

If you are a drama frog, an attention seeker, toxic, arrogant, greedy, selfish, a crybaby, a solo player… this is not the place for you.

If you are interested in joining this adventure, to play with like-minded people that work on common objectives, and build a foundation for something great since the start: