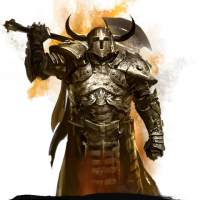 I open this topic to gather all my questions about PvP. I've been through the forum but I haven't found any precise answer to these questions.
I'm a PvP player and I'm worried about seeing the eternal debate between PvP players and PvE players. I have bad memories of New World where PvP players were abandoned at launch. I am a big advocate of action PvP. I'm also in favor of loot items in case of death. But the game play has to be well constructed to offer some escape routes and avoid too much frustration.

When I say "it is necessary that" or "it is essential that", it means that it is my opinion and in no case I want to impose my vision.

I understand that there are three types of PvP flags, the flag of "corrupted" seems to bring much more disadvantages than advantages. We lose our equipment and items? We are visible on a map?
But for the killer, is it possible to get loots from anyone?

2. What possibilities in case of PvP?

According to me, if there is a risk of loot of items in case of death, it is necessary absoulutely that a spell (or scroll) of recall is imagined in order to flee a combat. This would lead to an instantaneous return to the temple and would allow to save your equipment. This would also avoid unfair fights (1V2 or 1V3). If, despite everything, we decide to fight, we must keep the right reflexes and pray not to get one shot and lose our gear.

In case 4 players are running on you and you know that you will loose the fight, so you must be able to recall abd avoid death + loss of gear.

3. What is the use of Open world PvP?

If I want to clear a player from my zone by killing him or forcing him to use his "recall" spell. Will he be back after 10 seconds loaded with healing potions? Or will the paths be deliberately made complicated to avoid "loop killing"?

One of the great interests of PvP is to free an area (either for its resources or for its mobs). I hope that farming areas will not be too easily accessible to give a real advantage to PvP players.

4. How do health/mana potions work, how rare are they? How do they work?

I can't stand these games with rare potions anymore. For a fair PvP, it should be easy to get potions to fight in PvP fairly. So I suggest that the potions should be available from a NPC or at least easy to craft to be always full.

On the other hand, I wonder if the potions can be used without delay in order to raise his life bar quickly and to be able to last longer in the fights?

5. Is an entanglement spell planned?

A spell of entanglement would make it possible to nail an individual to the ground in order to prevent it from fleeing. If yes, is it possible to debate about how it will work ?

6. Anti-plug system ?
What will happen if they player ALT-F4 when he sees enemies ? In some games, the ALT+F4 was a possibility to quit the game, avoid a fight and stay in your area and potentially call a friend disconnected in that area to relog and fight someone 2V1. I am totally against this policy and I hope that there will be a 10 or 20 sec anti-plug system. Also if someone is plugging during a fight, I hope he will be sent automatically to the hall and he will have to loose time to come back.

I have so much hope in this game and I hope it will offer a good PvP system.
0