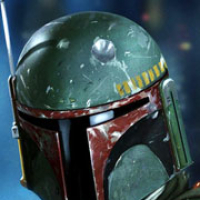 Moseph Member
May 20 in General Discussion
Hey all,
This is my first post but so I wanted to introduce myself before I jumped into anyones conversations. I've been following this game since 2016 and preorder it a while ago but never really got into the community. I got burned by the last game I backed (CoE) so I'm hoping this turns out different.

About me; I've been playing MMOs for a long time such as SW Galaxies, EQ, ESO, WoW (vanilla through launch of wrath), SWTOR and have tanked or off tanked most of the raids in WoW and SWTOR. I typically only play two different types of classes, warrior / tanks, and rogueish DPS. I really enjoy raiding, open world PvP and completing guild/clan challenges when they have them and will be looking for a place to call home when this gets released.

I'm currently active duty so I love being part of a team, but I retire in a few months so I'll have plenty of time to play. Besides playing AoC when I retire, I'll be diving around the US for a while checking out all the national parks hiking and camping, and then heading to Europe to do the same.

Anyway, that's it. it's nice to meet everyone.