Class System, does it need Overhaul? 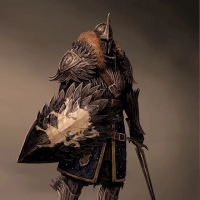 Palagos Member
April 6 in General Discussion
Hi, I was wondering about the class system. Reading from the wiki it said you can choose a main class and a secondary class but there will be no skill trees? So all people who choose the same classes will be identical in terms of abilities if we discount their race?

Additionally, would the character be the same if I swapped primary and secondary class with each other? For example if I went from Fighter primary and Mage secondary to Mage primary and Fighter secondary?

It might be worthwhile to make some sort of skill tree to give the player some sort of choice regarding rotation, abilities, aoe, single target, etc etc.

What do you think? Am I misinformed? Just joined the movement.
0
«12»

«12»
This discussion has been closed.