Is no nda for A2 favorable for the game? 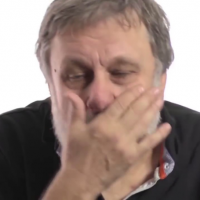 arsnn Member, Intrepid Pack, Alpha One
June 23 edited June 26 in General Discussion
Im really glad that Intrepid did decide to show parts of the A1 and generally goes through a transparent development process.
But personally i feel like a long testing period of around 1-2 years, which is planned for A2 could be one of AoC´s biggest risk for commercial succcess.

If think it would be very naive to think intrepid can constantly retain players in the testing environment until release, hype will die down, some will players come back with updates... it´s basically an uphill battle for every testing phase to engage people. The content density will simply not be there.
Now i dont think this would be a marketing issue, if there was a nda in place. (The testing Issue would persist, testing with 50 people online is not really productive, but that´s besides the point right now.)
Due to the fact content creators will basically dissmantle every part of the game, by the time the game releases there is already a broad and accesible information environment. Hype fatigue will kick in as the game makes only incremental steps towards the final product.

A good example for a game that botched their release due to fatigue is crowfall. The game had many issues and would have died anyway, but the interest in the game could have been much bigger initially, if the release did feel like a fresh experience instead of a 1.1.2 update.
On the other hand you had New World´s release, where non nda tests were very relatively short. The game did not even have to be good to create interest, a fresh experience and copium "it´s the next big mmo for sure" was enough.

Personally i would think MMO releases are generally better adviced to hold information close to their chest, even if the A2 turns out to be decent, it may depress long term interest.
Shorter non-nda tests are a better choice, i´d rather frame the nda testing phases as "pre-Alpha 2" rather than dropping the biggest marketing opportunity for MMOs, which is the fresh experience at the release.

Am i too pessimistic on this topic?