After speaking with a few people and really looking at the system over and over. I think I have come to the conclusion that the system may be perfect just the way it is. Thanks to the people for further explaining the system to me for a better understanding.

I will leave this up for now for people that may have similar doubts so they can learn from the replies as I have.

Proposal for slight change in the PVP Flagging System

I think the original Flagging system is great with one exception.

Here are my thoughts, if a Non-Combatant is attacked and defends themselves by attacking back they should not be flagged as a combatant.

Also the old system heavily penalizes non-combatants. This is a PvX game with a diversity of elements and game diversity. But based on existing systems it will in fact most likely become a PVP game cause it almost forces people into PVP due to non-combatants having heavy penalties. This I think could end up causing some unforeseen consequences. Instead of having a diverse game with great PVP elements it will be come more of a PVP game and could lead to harassment of players wanting to enjoy other aspects of the game besides the PVP.

I think with some small changes it could still have great PVP while at the same time greater diversity.

Seems people attacking other people have the most to gain and should have the higher risks.

This is what I came up with:

There are three levels of flagging for world PvP.

Party members, raid members, guild members and alliance members do not flag each other. 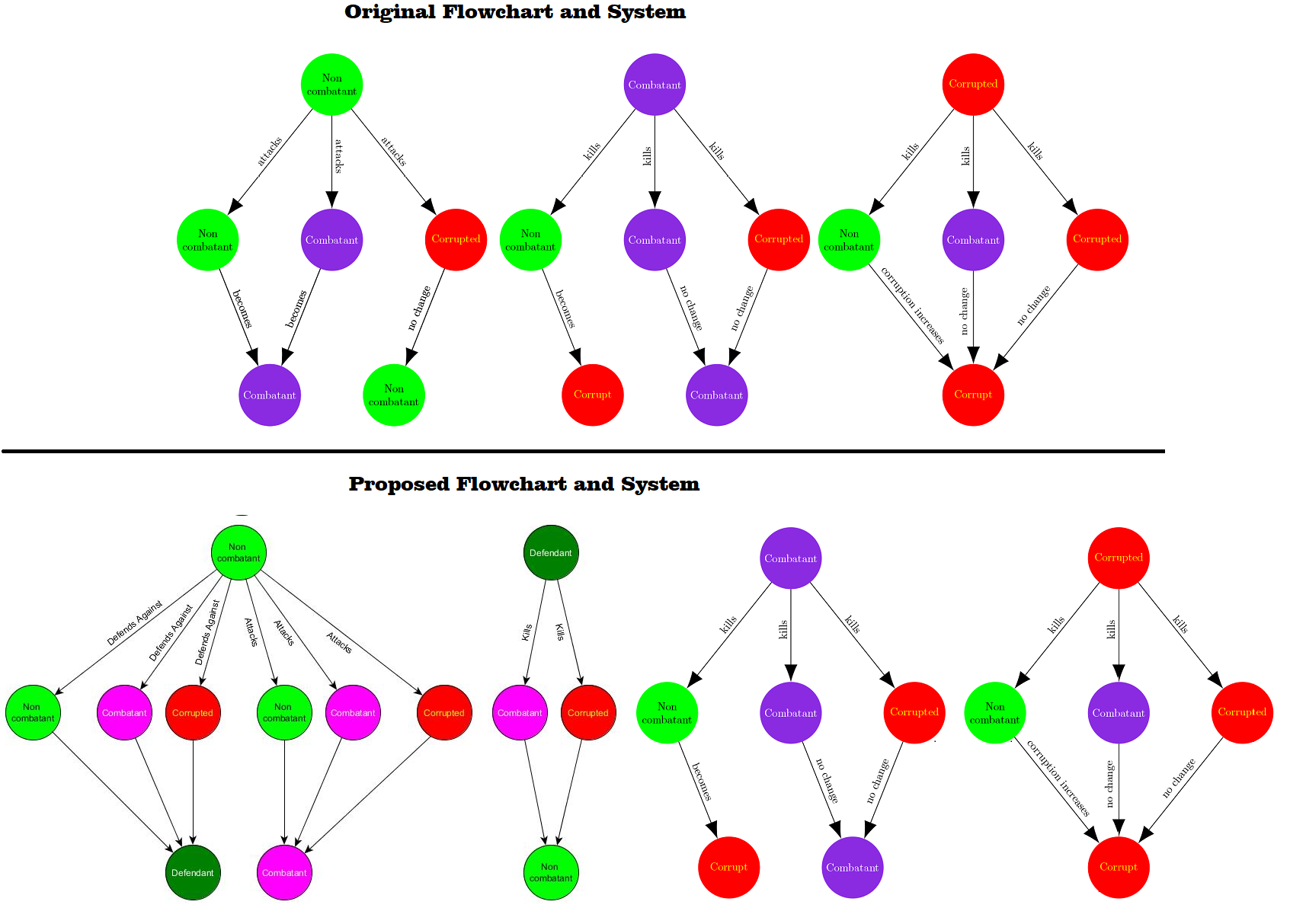 So I could be off basis on this with some or maybe a lot of people I am not sure but thought I would throw it out there.

No one can make a game that pleases everyone. Based on current system I have my concerns and playing it is the only way to see if they are warranted or not.

I think my proposal as a more over balanced system.

Let us know what you think.