Home› Archived Posts› Guild Recruitment› North American Guilds
Greetings, glorious adventurers! If you're joining in our Alpha One spot testing, please follow the steps here to see all the latest test info on our forums and Discord! 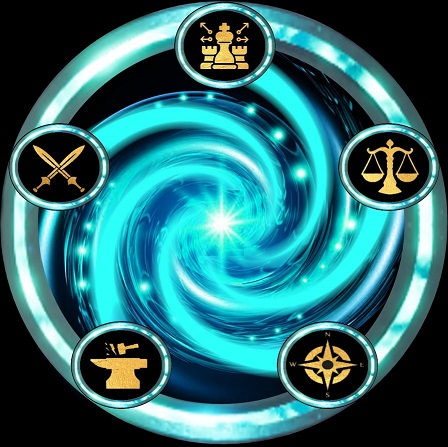 Optimum is a brand new guild formed specifically for Ashes.  We aim to attract players from every background. With focuses on every corner of the game, the guild will have positions for every type of player.  The goal of Optimum is to build a community full of people who seek to be the best at what they do.

We are a new community being built from the ground up for Ashes of Creation.  I can’t say anything about what we are now, but I can talk about my vision. Optimum will be a semi-hardcore guild full of hardcore members. This being said everyone in Optimum will have the same mindset, to be the best.  It doesn’t matter what type of player you are, if you want to be a crafter you better want to get really good at crafting and push yourself to be the best.  You must be willing to push yourself and others to be the best.

Leadership in the guild will be earned by proving that you deserve it. If you want to lead a raid you have to prove that you can.  If you want to be in charge of international relations you’ll have to find a way to prove that your the best in the guild at that.  It will be completely possible to hold multiple positions in Optimum.  If you prove your the best in the guild at your base class you will join “The Paramount”. A member of the paramount could also be the guilds chief strategist or in charge of economy.

The plan is to have 3 members work directly under me. One in charge of raids and PvE, one in charge of player to player relations and PvP, and the last in charge of intelligence.  I can explain more about our guilds government if you choose to join.  As someone who joins Optimum you won’t spend long as a new member. After getting to know the guild and discussing with leaders you will be placed in a set position in the guild. No one will be “just another player”.

If you do choose to join us please be aware that you will be asked to participate in every aspect of play Ashes has to offer. Whether it be dungeons, castle sieges or developing trade routes. We ask you to partake in it at least a little.

As a guild we want to completely disrupt the world of Verra. We will force the game to constantly evolve.

What are the requirements to join Optimum?

There are only 2 requirements to join Optimum:

Optimum is a home for every player. As long as you have the right mindset, we have a place for you.

How is Optimum organized?

Optimum will always be evolving. If someone comes in with a useful skill, it is extremely likely a new position in the guild could be created to suit that member.

How is leadership earned?

What if you (the Guild Master) aren’t the best?

I will always push myself to be the best.  If someone proves to be better at organization, strategy or leading than me they can have that role. As a GM I will be in charge of making sure leadership is always in the right hands. I will also always be willing to talk to any guild member and sort out any problem.

Yes. I am currently hosting multiple other websites for other guilds and can not put the time into running another.   I promise one will launch before the Ashes official release.

Do you have spreadsheets?

Yes, we will have lots of spreadsheets.  We have a guild Google Drive that will have raid rosters, PvP teams, plans for large scale sieges, and whatever else the guild desires.

Why are you starting a new guild from scratch?

I want to give people a chance to help develop a new community.  I have lead guilds for nearly a decade now. I have made many friends that I play with across many games. Now I (and many others) need something new.

Why should I join Optimum?

Optimum is a family of like minded players. We promise guaranteed friendships, adventures, guild parties, events and a place to call home. If we sound like a guild that fits your M.O. come help build a brand new community.

In my many years of gaming and MMO’s I have lead many guilds and competitive teams. I am currently running 3 guilds across 3 different MMO’s (I have officially transferred leadership in all guilds to focus on Ashes 1/11/2018). I play an extensive number of strategy games like StarCraft and Civilization. Lately I have been playing a ton of PUBG as well.  As a Guild Master I promise to lead the best community in Ashes.

Join our Discord: https://discord.gg/aBRcnCf
Go to the channel labeled, "Application". Copy the application and fill it out, it shouldn't take more than a few minutes. Either DM it to me or just post it in general and I'll be sure to read it. The odds of not being accepted are extremely slim as we're still prelaunch.  Feel free to ask any questions before you apply.
Once you're in make sure to say hi and start talking ideas with me. Let's build the best community we can!