ArchivedUser Guest
November 2018 edited November 2018 in Ashes of Creation Lore
Thanks to the beautiful, amazing members of our community who put this together: https://www.ashespost.com/aoc-campaign-live-tracker/

Reading through their notes, i think i was able to find out some tulnar hints.

Prior to the AoC campaign, we knew that the tulnar were a combination of major and minor races that fled to the underrelm instead of going through portals. Currently It's been said that when creating the tulnar, you can dial up different reptilian, mammalian, and humanoid characteristics.

This is the tidbits that seem to give us hints at the ingredients that created the tulnar.

1. Minor races:
The major races have held dominance through countless wars and skirmishes between the lesser races of Verra. Decades may pass between these flair ups of violence. There are many minor races on Verra. Some of the minor races exist in makeshift villages – or tribes, if you will. Some of the major villages among the minor races are comprised primarily of the giants, less reputable sex of human, gnomes, and halflings (not in official sense, but actually half bloods of different races).
This first things that is nice to hear is that there were a lot of them, which hopefully means a lot of customization options for tulnar. They were also able to wage wars against the major races which should mean they had decent numbers for a period of time. An interesting things is that the fighting had stopped for decades so there numbers had a good amount of time to recover by the time verra fell.

2. Abominations
Wandering the darker places in the world lie truly sinister abominations of creation. The great churches of civilization often dispatch heroes of the state to eliminate these threats to mortals.
This was mentioned after the previous quote. Could be nothing but when I first read it, I thought what ever this is referring to could have gotten mixed into the tulnar stew.

3. Dark elves?
Rumors do abound throughout the darker circles of Verra that there lies a particular lineage of Elves that exist within the Underrealm of Verra
This could be a big hint to where the tulnar started. If the groups that fled underground came across this established underrelm civilization, wither it was instantly or over time, they could have absorbed or been absorbed by this group of underrelm "dark" elves. One way or another, i'm interested in finding out more of what happened after the fall of verra and what happened when ancestors of the tulnar fled underground. I'm wonder if this could affect the tulnar's style at all. Currently, none of the races really have a dark theme so i'm wondering if this means they will get a kind of dark elf treatment with spikes and horns.

4. Magics
from the dwarf lore:
Expeditions are often sent into the Underrealm from Dün; and there many believe lies the source of secrets among the Dwarves and their success with mastering artisanship. Untold magic lies deep within Verra. It’s source not known to many. Dünzenkell has long benefited from this source though. It has fueled the expansion of the Dwarven kingdoms throughout the northern mountains.
We knew that magic was tied to verra and the major races lost access to it when they left but the tulnar never left. Not only does it seem like they never lost access to the Essence but it sounds like there are some secrets where the tulnar hid, the underrelm, and these secrets are significant enough to help the dwarves advance. This could mean a lot of things for their culture, not only could magic still be part of their daily lives but they could have their hands on something that the major races never new about. No clue what it is and how it could affect them, just interesting to think they could have come across some cool stuff in the underrelm.

Not only could this affect the tulnar civilization and technology but i'm also curious if it could also effect the race physically. There is no mention of this but if we are perverting the Essence into a variety of different magics, including corruption magic, i would not be surprised if it affects them physically, especially when you look at what happened to those on the surface. I wouldn't imagine it being as extreme as the races on the surface but i could see it at least affecting some groups of tulnar.


Conclusion:
This is just what i was able to come up with. Please share your opinions and any information i missed. I'm really excited for this race and while there were no direct references to them, the stuff i read got me thinking. Besides maybe my first point, I'm not sure how much of this was intended as tulnar hints but as they get fleshed out, it's hard for me to imagine none of this having an influence. 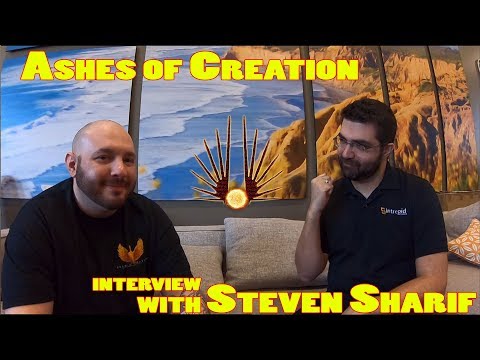 Thanks to another member of our community for doing this interview we now know that the tulnar have a caste system. A Tulnar's position within the system is decided by the race(s) they are a descendant of.
0