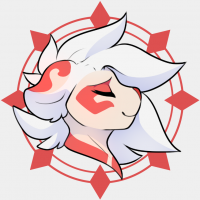 Never sure how to start a post but here goes. I have been actively RPing for about 10 years. Be it forums, Discord/IM chats or In MMOs of all sorts!
This is simply what I hope will be in Ashes/Suggestions for Ashes from a RPer's point of view.
In no order of priority:

Non of this should impact game play as much but also be a helpful tool and more creative side for the game in general if you are a non-rper.

Otherwise, what is your wish and hopes for RP within the game?
Looking forward to chatting with ya'!