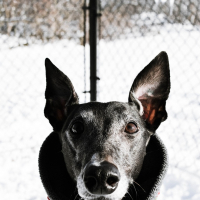 This cannot be right.

Also for whatever reason I am failing to imbed the images and show them here rather than send YOU to THEM, apologies, that's most likely me being my usual divishness.