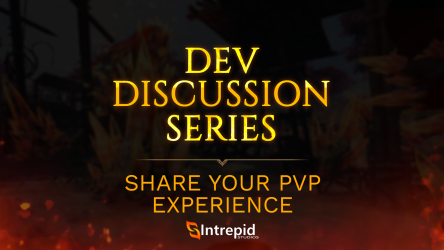 
Dev Discussion #6 - Share Your PvP Experience
What is your favorite MMO PvP story? Why does that experience or memory mean so much to you?

Keep an eye out for our next Dev Discussion topic regarding toxicity!