The view from the outside: some constructive criticism, challenges and theory crafting examples 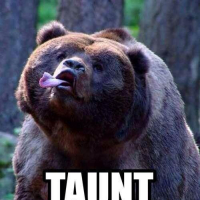 nightragner Member, Braver of Worlds
July 2019 edited July 2019 in General Discussion
Edited please look for the "**" for the TL:DR version or if you are confused by what i posted ask me in Discord and also now that i NEED to say this my points are from people not full committed like the backers and fans!!

(Disclaimer: These are topics voiced in the community but not pushed):
These topics discussed here are questions, worries, feedback and criticism of the current AoC team, game and ecosystem, My goal here is not in insight drama or cause conflict but to open a dialog that constructively gets somewhere and that these topics are not all a demand for action right now but once they are available to do so could they address these topics!.

First i want to express my gratitude to Steven, Intrepid staff and community for all the amazing things they have done but...

CLASS INFO - "A class is a lens from which we view the game" (Challenge)
Intrepid needs to release something about the classes in question (even if only the 8 Prime Archetypes) be that in game, a video or we would even settle for a blog post explaining there functions, differences and even mechanics when and if possible and than also possibly a small view into the class combo system even if only using 1 combo as an example once they are at a state to show us please.

CLASS NAMES - (Theory crafting & Challenge)
I understand that it is early in the development cycle and we in the community do not have the full picture yet BUT as someone that has played many MMOs and D&D type Role play games you should know that a name is important to a player, That a name should be able to tell a story, Have notoriety (be that good or bad) or Best describe an entity? With that Being said i would like to ask Steven and the intrepid team to explain the current class names to give the community a better understanding as many are either confused or unhappy with the name due to a lack of context, please could you possibly be open to given the community a Blog or story for these names OR be open to them being changed in favour of the ones the community have suggested in @tugowar post ONLY as a "last resort" and also with my "suggested names" as this is all they are but a suggestion of what im asking for the current names and here is an example and a request for your description (more suggestions in image):

Current class name: Shadow Disciple = Disciple - "Someone that follows the path of another" and
Shadow - "follow and observe closely and secretly" Or "opposition counterpart" = Best Definitions i could find.
Vs
Suggested class name: Monk = Cleric trained with improved knowledge of the anatomy that fights with focused calculation to strike critical with divine guidance.
<>
Current class combo names:

Theory crafted suggested names (THESE are for reference ONLY):

** This is a Challenge and request to team not to change the name but to show why they picked these if they are in Steven's own word "Already set in stone" than i just ask for a little details on each and ONLY change as a "last resort" if the community voice more concern which would be after explaining them.**
<>

ROLE AND CLASS CONFUSION - (Criticism & Challenge)
This is a personal issue that i have now found others that share in my dislike and conflict of a role to be used as a class name (That being "Tank") and that it in turn confuses people people into thinking many thing such as - Thinking that all this class can to is "Tank" damage but do no real damage (as does in many other games), That people seem to think that by adding tank to the secondary class combo that it somehow allows that person to "Tank" a dungeon. I suggest changing the class name from "Tank" to "Defender" or "Guardian" BUT i am also up for changing the name of the Roles to something like the acronym S. A. D. = Support / Attack / Defend away from the "Gaming holy trinity".

CONTROL THE NARRATIVE - (Criticism & Challenge)
This one is a suggestion, request and challenge to the team to keep the communication open even if what is being said is "Sorry nothing to show yet but please understand we are still working hard on these problems with X feature" OR explain some of the issues you are have having with the Development of a mechanic, But if that is not something you are able to talk about so that and offer the option to answer some other questions not answered yet or talk about a new blog post like Nodes, Classes, Professions, mechanics and functions that can be further explained that can also help gather more feedback on those topics!. Good example here is to do a blog post on say fishing once the core of it is in the game or why it was taken out.

REFERRAL SYSTEM - (Theory crafting, Criticism & Challenge)
This is a simple topic many request in passing but are not will to push farther for fear of punishments but here goes: PLEASE reset everyone's referral and give everyone the chance to either give it back to that person in support or change it to someone that they were playing to give to in the first place. This comes from the topic that some feel "cheated" after registering via Embedded links, TinyURL's and google ad programs and now feel that Intrepid are fine with these questionable practices to the point where some may not support, play or even turn others away from the game and this is a damage to PR but also will give those people the option to support the ones that they wanted to do in the first place if you do the reset and give everyone the option to fix it. (Those that got the referrals have nothing to worry about if they earned them the right way).

** This is a request to offer something in a public capacity that does not spam CS with requests to remove the referral as i know from people in this community asked for pack refunds due to who they were supporting and dont want to.**
<>

PROMISES AND DEADLINES - (Criticism & Challenge)
This is a big topic in the community that needs to be fixed BUT also kept if a promise is made with game deadlines missed as well as videos, blogs and the directors letters if content if not ready to be punished or waiting on something please explain that before the time for that event as it feels unprofessional to some and to others like more bad things are happening to cause these issues and most of this can be fixed with better communication and only talking about something once it is set in stone. > This does not include just being on the discord if the team is "Radio silent" on Development for week of more.

** This is a challenge to keep development communication line open with the community even if only a report at the end of the stream explaining why deadlines were missed and what new goals have been set to aim for "No promises but trying".**
<>

Hope this is seen by the dev's thanks for reading!

P.S. PLEASE DO NOT FIGHT, ABUSE, ATTACK OR SHAME ANYONE THAT DOES NOT SHARE YOU OPINIONS!.
3
«12»