My experience so far 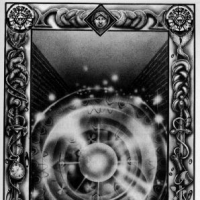 GhostwheeI Member
August 2019 in General Discussion
First time Apocalypse tester and long time hardcore MMO player here (Played everything from Everquest, Dark Age of Camelot, to WoW, Archeage etc since the 90s). After talking to a couple AoC reps (thanks Shaze and Greypelt) on Discord it seems this version is testing out the twitchy Action combat. 2017 was testing out the Tab targeting combat (what a mmo usually is). So I'll have to hold out for both together and see how it plays. Otherwise, everything seems fluid. There's no clunky movement where you're stuck in odd animations fighting. Also very little rubberbanding (due to lag). Wasn't fighting against any poor "coding" or lag to fight others. It's definitely Vermintide style. Not my thing, but I do like the overall smoothness. Just not a fan of the Action combat in general(belongs in simpler MMOs or isometric styles). UI is pretty bad and everything is pretty unintuitive. Half of the buttons on the hotkey legend in game don't work. Armory says things are equipped and I clicked save(and save is always greyed out for some reason) but after asking around you don't actually get those weapons. Just access? You find them in the game world and pick them up like battle royale. So I'm not sure the point of the Armory. Also not sure of the point of the shop, adventure path, or quests. Nothings really explained. Do you keep things you buy in the shop for full release? Do you even get to use them in Apocalypse or do you have to find them and buying only allows you to equip them? Where are the quests in the game world? Anyway, just thinking out loud. Going to play a bit more and maybe update this.
0