My impression of the August Beta test 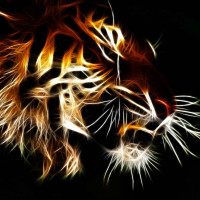 RLTygurr Member
August 2019 in General Discussion
When I came into this test, I wasn't sure exactly what would be different from previous Apoc tests. I had seen some streams where they mentioned things they were working on at the time, but I never really paid enough attention to know everything. So far, here are the main points of my experience with the latest test.
- Animations were MUCH more fluid than before. Rather than being able to move freely while attacking, some larger weapons will lock your movement for a moment to simulate a more difficult/heavy swing. I liked that.
- UI was better, at least for the BR portion. I wonder whether or not this will translate well to an MMO setting where you (hopefully) have more than just three abilities. I'm sure the UI for the inventory system will keep the same style, but look generally different when you have a full inventory of MMO stuff.
- Not sure if many people tried this, but I was able to get to some interesting spots using the Heroic Leap and a Longbow. Some people really never found me and it made for some easy kills. I might suggest toning down the height of the Leap so that you can't just fly everywhere. I know this isn't really planned to be part of the MMO, since flying mounts are supposed to be extraordinarily rare, but for the BR it might be a bit excessive.
- Combat is a bit different to get used to, with the little 'hit-stun' type thing whenever you strike someone in melee. I personally like it better than the emotionless combat from earlier. HOWEVER, with even a little bit of lowered framerate, it makes combat extremely difficult to keep track of and aim properly.
- Weapon balance seemed alright. I think people used the Potion Launcher a lot more this test, for whatever reason, but it didn't seem too strong to me.
- Once the parry/block feature was fixed after it was temporarily not working, it was FANTASTIC! It takes stamina to use over time, but each block doesn't drain any stamina or deal any damage to you. It adds another layer to combat, and I can see if being super useful in both the MMO and the BR mode. Gives it a little bit of a Blade and Soul feel, with that.
- It felt like they made the horizontal hitbox on melee weapons considerably smaller, so that took some time to get used to. Since people move around a lot, combat was sometimes just two people flailing at each other with no results.

That's what I've got! Overall, I'd rate it about an 8/10. For a combat-based test, it succeeded in improving the flow and feel of combat across the board. Some elements could still use a bit of polishing as they transition more into the MMO itself, since certain things don't translate quite as well to PvE combat.

Question though, simply because I didn't get the opportunity to test this myself: Are you able to use one weapon's ability, switch to another weapon mid-combat, and use that new weapon's ability as well? That's something I didn't find myself trying since combat could get pretty hectic.
0
Sign In or Register to comment.