[Poll] Freedom to Change Gender, Race and Primary Class & Should Joining a Guild be Account-bound? 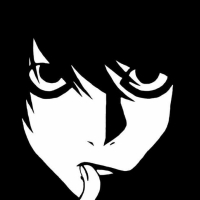 Tsukasa Member
September 2019 edited September 2019 in General Discussion
Hello,
I am strongly against forcing the players to create secondary or alt characters.

Decisions should matter, yes! However, they should NOT be permanent! There has to be very serious consequences(price, time limit[months], lore reset/reborn...) in order to make a change, instead.

I want to dedicate my life for the one character that I will be role-playing. I want to be known with one name!
The cosmetics sometimes look better on another gender or race. It would be a waste to not use them when they don't meet our expectation. We are supposed to have fun, not play while holding regret over not making the ideal decisions on our main characters. "Ideal" is not a constant variable. People's preferences continually change and new cosmetics come every month.

## Should Joining a Guild be Character-bound or Account-bound? ##

No guild leader appreciate inactive members! This is a nonnegotiable fact. Why don't choices matter here?

My suggestion is that joining a guild should be account-bound, which means all characters of one account join the guild as one member!

Imagine wanting to join in for guild quests or raid with another character, but the character isn't in the guild. Very inconvenience!!!