Home› Archived Posts› Ashes of Creation Apocalypse› General Discussion
Greetings, glorious adventurers! If you're joining in our ongoing Alpha One testing, please follow the steps here to see all the latest test info on our forums and Discord! 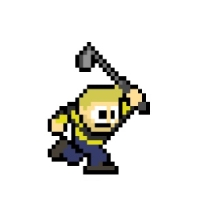 BlackRuins Member
September 2019 in General Discussion
First of all, I like the combat much more currently than previous testing phases. The acrobatic leap (right click + left click) feels really good to transverse the map and to engage onto players. Also how the leap is different if it detects an enemy player in front by having a melee attack, is a nice addition. The new melee animations are also much better and feel much more impactful than before. However I think blocking and the dodge roll could use some adjustments, as well as some of the skills/weapons. Do note that all the adjustment ideas are just simulated in my head, so the exact numbers are somewhat rough.

Currently the block mechanic is under utilised and I think that's because it uses too much stamina and it's hard to use during melee combat. The block can also be by passed by AoE skills and ranged attacks. Currently while using block, I think it drains stamina too quickly, especially with certain melee attacks having 3 quick hits.
- Reduce continuous stamina drain while enabled from 5 --> 2
- Reduce stamina consumption per enemy hit from 7 --> 4
- Activating block while performing a melee attack, should cancel the melee animation (or finish the swing) and activate the block

Another underutilized skill is the dodge roll mechanic (X) and I think that's because it doesn't go as far as the acrobatic leap, even though it cost 5 less stamina and allows for side and back dodge roll. The dodge roll should give enough length to evade enemy attacks with lower stamina cost. However not be used too often, hence the stamina cost, so its more tactical in use. The reason why I think the camera lock should be removed on dodge roll is because when you dodge you should still have your eyes on the target enemy. This would allow the user to more efficiently counter attack with the acrobatic melee leap or other skills.
- Reduce dodge roll stamina cost from 25 --> 15
- Increase dodge roll animation speed by ~15%
- Remove camera lock while performing dodge roll
- Reduce dodge roll length by ~25%
- Activating dodge roll while performing a melee attack, should cancel the melee animation (or finish the swing) and perform the dodge roll.
- Pressing a dodge roll without any movement keys (W, A, S, D) should do a back dodge roll instead of a forward dodge roll
- Shift + (W, A, S or D) should be the default hotkey

One important adjustment idea I want to point out is being able to animation cancel the melee attack for both dodge roll and blocking mechanic, so that it is used more immediately. This should make the two mechanics more reactive than predictive. For example as soon as you see the enemy activate hemorrhage and engage on you, you should be able to immediately activate block or dodge to avoid the debuff + damage.

Currently jump uses too much stamina, when really it shouldn't use any. it consumes 15 per jump but you can still activate jump with zero stamina. It should be reduced down to 0.

Other adjustments I am uncertain about is on paladins might. I haven't used this weapon much recently, but in previous test I found it somewhat useful to use (e.g. blocking damage when hemorrhaged). Now if these blocking buffs come live, I think it would make the paladin's might skill, Divine Protection, somewhat useless as other melee weapons would also have a useful block. One Idea I thought about is having an effect where paladin's might absorbs 20% of the damage during its duration and explodes its at the end or when activated again. One weird feature I found about paladin's might is when Divine Protection is activated you can also activate the block stance. Now regarding the invisibility skill, it's too easy to spot and I think it should look more like planetside 2 infiltrator cloak (https://i.imgur.com/yvW1YAL.png), plus its effect where it's more invisible if you are crouched.