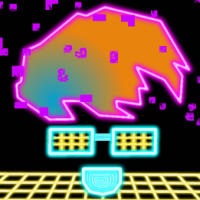 I had read that having an esport for Ashes was a possibility if it was shown to have enough competition and attention but judging by the current state of the game, it won't. I know it's all EARLY testing and who knows what kind of changes could come but here's my thoughts on what could bring a more competitive spirit to the game.

I think changeable classes should be brought in with limited hotkey skills. 1-5 that change with weapon picked up based on chosen class plus letters for armor skills. (similar to Guild Wars 2?)

That way reading an opponent won't necessarily come down to looking at what they are holding but more so how they are acting. In this system you could run up on a sword/shield person thinking they may be a fighter class, initiate the fight and all of a sudden there's a smoke cloud (or something) and now you know your fighting a rogue. Mechanics of the fight just changed. BUT WAIT they took the time of the smoke bomb to jump out and lay down a flurry of arrows with a bow they had on the side. Surprise! Not really a rogue but a Predator (sub class). Yet again the mechanics of the fight just changed. Now you have to close the distance or run. It's alright though, you grabbed a chest piece that had barricade. Jumping back you raise a wall to protect yourself and re-evaluate the situation. Do you retreat to try to reposition the fight or charge right in? Up to you but this sound better to me.

Leveling up could even be put in. The more they use a weapon or class the more skills that can be unlocked to swap out from the preset 1-5. Changes up the situation even more, requires more quick reaction and smart moves.

Then, with that a ranking system or leaderboard could be introduced to show who's the top of each class and subclass.

A class system in the BR would also allow people to learn their class for PVP situations in the actual MMO and put up a fighting chance instead of scrambling, dying, and losing whatever progress they made.

I know it's a lot to put in, balance, and actually execute but this was the idea I had for getting this to an esports level. Maybe from there an actual arena/map based matches could be established of 5v5 or 3v3 as well.