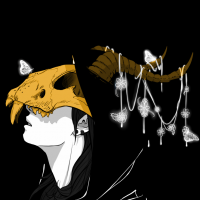 Bashea Member
October 2019 in Support & FAQ
Hey everyone, first post since we've moved forums. Anyway,
I've been seeing a few users when browsing saying that they would like the APOC and MMO news separated.

For what I've seen so far every bit of news from Apocalypse goes directly in the "news-aoc" and "news-aoc-apoc" channels.
I would much prefer to have all Apocalypse news separated from the MMO news as well as what I've seen on the Discord and through fan forums. Seeing a testing email brings myself, and other members that purchased founders packs and backed the project excitement when in reality once the email is opened we're disappointed to read it's about Apocalypse instead of what we're really exited about.

tl;dr: I want all emails, Discord pings, and site news to be obviously labeled with "Apoc"alypse" or "MMORPG.
Plus I would like Apocalypse news to stop being posted in "news-aoc" when it doesn't belong there.