Class Fantasy: Warlock and others involved in the thirst for ancient and forbidden knowledge. 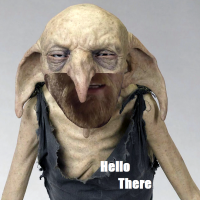 I don't know if this is the right place to post this, but I thought the RPers would have a better understanding of what I am seeking.

I really enjoy the class fantasy of Warlocks, with the quest on achieving great power through knowledge that is forbidden and or unknown to others. I know WoW's example is pretty good, but I don't want to write off the idea that this class will be 90% the same. I was hoping to gain some knowledge in the DnD world or from your perceptions of what a Warlock and similar classes that deal in the same realm.

I really enjoy the EU (now considered Legends) of Star Wars and what not revolving around the Sith and the Old Republic. Drawing on hate and discovering sinister and dangerous abilities that potentially will increase your power beyond that from the more tame. Sith have always seemed to share the fantasy of a Warlock to a slight degree, but being more physical and violent. Warlocks according to the DnD website deal a lot more with the Occult and being servants to a higher being (a devil, alien god, demonic presence). Merlin was considered a Warlock according to some research I found on the internet and I would have never guessed that from my interpretation of him. I always viewed him more as a Wizard/Mage, but I actually like the idea that he dealt more in the realm of shadows and drawing on magic that could be possibly more sinister.

What I am seeking is some more knowledge around realm of the shadows and other dimensions and what other classes you believe will share parallels with the Warlock. I tend to play more melee characters in MMOs and always wished for something similar to a Sith, but share some class fantasy with a Warlock or the Arcane.

What do you guys think? Share your ideas, even if they are not 100% lined up with the class fantasy. I want to know what you all think!