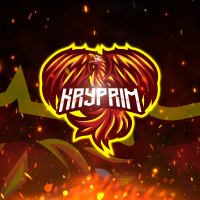 after your message yesterday, you have left many players in the active BR community speechless and shocked. People weren't expecting a new mode, but at least a continuation of the Battle Royal with Season 1.3. In the last weeks we were able to encourage many new people to play APOC again, so the servers slowly got fuller and fuller during core hours. We managed to play APOC together with the people on the weekend and to have a lot of fun. The BR also got many people to buy the current MMO packages. They liked the first glimpses and they saw that behind AOC there is a team full of passion and commitment. We still had a lot of plans on how to get new players excited about AoC and Apoc, but unfortunately this doesn't work if there is no playable mode.

New players were happy that there is an active community that has allowed them to experience a piece of Ashes of Creation even now. Even if no one was playing in your timezone, we moved our game times forward and made it possible for these people.

The majority of the community knows that BR is only played by a small number of regular players and that the server costs are probably not covered. Nevertheless, new players are still joining us again and again.
But since there is no real statement here regarding the reasons why this decision was made, the players in the active community have thought of a solution.
The suggestion that the majority of them found most appealing will now be presented here:
We looked at streamcharts (which of course only represents the Steam players) and the best peaks were always on the weekends. This is probably mainly due to the fact that our group played together actively during the last 5 weeks mostly on Saturday and Sunday evenings and communicated this in the discord.


Our suggestion is therefore to open the servers only for the weekends, where most of the people can still play. That way the server costs would be a little bit lower and the people who are new to the game can still play something playable from Ashes and get a little insight until the MMO or a new mode is released.