What are your thoughts about self-learning AI in MMO's 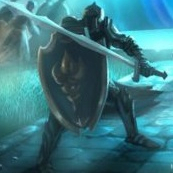 "According to software engineer James Trott, who spoke as part of a Game Stack livestream, Microsoft has been working on an MMO-like project last year that featured a raid boss that was capable of noticing dominant player strategies and adjusting its behavior in nearly real time. Apparently, this new machine learning technology could be leveraged by game developers in the next console generation.

In fact, this new AI system is apparently so good at what it does, Trott advises developers to tone it down. “The challenge for developers is how to tone back that machine learning and simulation, given the amount of compute in the cloud, so that the NPCs and monsters aren’t perfect,” he says. “Because with enough training and enough compute, they will beat the player every time.”

What are your thoughts on implementing this into future MMO's and updates?
Do you prefer static raid encounters where there is no variation or would you like to see an encounter where cookie-cutter strategies are only viable for a short period of time before the boss learns it?
Software Engineer
Addon Developer
OG Backer
0
«12»