Feedback on the latest Video

I woul like to open this Discussion, because i barely ever get to join the livestream and have to rewatch it on Youtube.
This way I sadly never get to give my feedback and get an answer to it.
Maybe this is something the community allready has a solution for, but I feel like it is important, that this solution is on the homepage of AOC.
This way we can be certain to get some visibility to our concerns, feedback and constructive criticism.

THE KEYWORD IS CONSTRUCTIVE!

I hope I'm not missing something important, so lets just jump into it.

Whenever there is a new video on AOC (be it a future gameplay video from some youtuber or contentupdate from Intrepid Studios), this Discussion is meant to give feedback.

Please allways put a link in your Post to the video you want to talk about, so answers to your statements can be accurate.

I guess I don't have to point out the general rules of forums, so behave, be nice and be constructive.


The first video I would like to talk about is the Stream of 11AM PT Friday, March 27, 2020
Here is the link to the Youtube video: 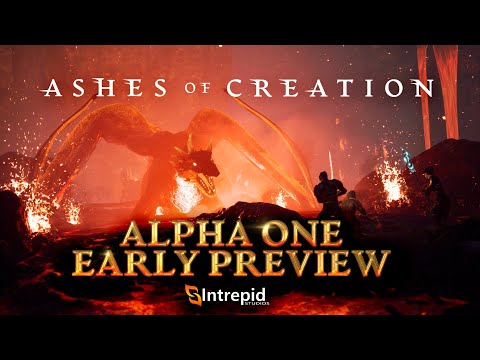 -First of all, it's very beautiful!
I'm really looking forward to finally starting my venture in vera!
But I think maybe the scalings are a bit off... I would like to be closer to my character or to what is happening,so I can see the beautiful animations. But then it seems everything is so big compared to the characters.
The grass is super tall and the Gibbler is as big as the dwarf. maybe tone down the scalings a little?
But even if u stay at this scaling, very beautiful.

-Will there be elemental influences, like increased shock damage when the target is wet (coming out of the water) or similar?

-Will there be visual elemental influences, like being actually wet when coming out the water, or running through rain?

-Will the conversations with NPC matter? I like the idea of getting quests only when being liked, because you chose the correct answers beforehand.

-Will there be collision with grass, or some other visual indicator of you physically moving through grass?

-The node-progression was a bit abrupt. Will there be a visual progression phase, like when buildings are getting built and walls are put up?

-Will the NPCs have a life? Maybe a day and night cycle and different locations where they can do their idle stuff?

-If there is playercollision you should install some sort of anti door block zones, so you cant stand in doors and block people from passing through. There are way too many trolls out there. And make sure NPCs dont get blocked by trolls. Imagine the "Land for sale" sign gets blocked by trolls so they can get the property for a low price.

-OH MY GOD THE FIGHT WAS AWESOME! The corpses are all different. Will there be ragdolling? The animations looked clean and not too flashy. Nice mix of flashy and subtle. Maybe ad a little bit more visibility to players with some outlines or similar indicating who is participating on which side.

-When mounting the horse should come from offscreen, and when dismounting run either away or stand still until you walk offscreen.

-The building is beautiful, but i think a little too big for a village state. Looks more like a city state... I mean 3 stories armory in a village? ^^

-Will there be stats like intelligence, strength, agility and charisma and similar, which you can influence by distributing points or through gear?

-The bears need more bear like animation, like standing up and roaring for a debuff (maybe terrifying), or overrunning someone and mount him to bite him. Ever seen a bear fight? It's not standing on all fourth and claws in front. It's mostly grabbling and biting.

-Bodyheight should affect movementspeed and where u can crawl through. Imagine secrets only dwarfs and small people can get to, but they are slower in running or not as good in jumping gaps,or dungeon gates that can be opened by a dwarf or a small person crawling through a small hole, or by a big guy jumping over a gap using a lever on the other side.

-A dragon would never just sit there! Make it fly and only land if you are hidden, or when u destroy its wings. The target should also be more tracked by the head and the body language of the dragon. The fire and the area is dope tho. But the lava doesnt dmg Maggie ... thats a bummer
When the dragon wins he should roar in victory and fly away, or start eating its victims.
Or what would you guys imagine a dragon does when it fends of a bunch of attackers.

Anyways, great work so far and keep up the pace. You are really making me hope to have found the next big MMO, which I finally can enjoy again.
It's really boring out there currently.
0