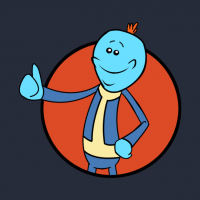 Drask Member
April 2 in General Discussion
I posted about this about 3 years ago. But, after seeing the pre-alpha footage. I think this really needs a revisit. Quoting my original post here:

"I don't know how many of you played Vanguard: Saga of Heroes. But, despite it's many flaws. This is one thing that it really had going for it.

This in turn made healing a hell of a lot more fun and interesting, as you could attack the enemies and heal your tank without constantly switching targets. This made healers an essential part in not only keeping people alive. But, being involved in setting up the DPS combo's and debuffs against enemy targets.

It also gave us the Bloodmage and Disciple classes. Which were some of the coolest healing classes that I've seen. This class didn't have much in the way of straight heals. They focused on leeches. They had to damage the mobs to leech health from it and transfer it to their defensive targets. The Bloodmage was, obviously, a mage. Specializing in magical ranged damage. While, the disciple was more like a healing monk. That fought and healed with melee attacks. Kind of like a healing monk. Instead of mana; they built up a different resource called Jin.

During the live stream, Margaret was only really able to target the other players during the dragon battle. She couldn't see what the dragon's health was at, or what it was casting. If you are able to target both a friendly and an enemy, you can see both. It makes for much more engaging fights and less frantically cycling between targets. You still have to target different friendly targets during group play, but at least you can have an enemy target selected to pop the occasional attack. Just to be clear, you could also have yourself set as a defensive target. Really helpful for a paladin class for instance.
1