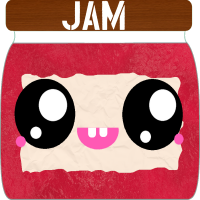 Jamation Member, Alpha One, Adventurer
April 2020 in Community Creations
I only recently discovered this game after the preview of the early alpha 1 live stream, but I fell in love with the idea of the game and read up on as much of the lore that’s been revealed so far. I mention this because I may get a few things off lore wise, or things may be announced later on that go against what I write, just bear with me and consider it a little bit of creative license.

As a child, my grandmother used to trace stories across my back to help me fall asleep. She was a creative storyteller and she loved using silly voices to make me giggle. She may have been blind, but the way she described these fantastical beasts and lush environments, I almost believed we were there. The only constant in all of her stories was how the god of truth, Shol, would help guide the hero out of the darkness by telling them only the truth. Usually, at this point she would make a funny voice saying something like, “You’re such a brave boy, I believe in you,” which always made me feel special.

I clutch the bouquet of lilies I have in my hands. I don’t feel like a brave boy today as I watch the priest bless her body. My hands are shaking a little, but I hold my head high and blink my eyes. I always used to judge the people who would weep at funerals. I thought they were weak, especially the soldiers. Although my grandmother taught me to respect others customs and cultures, growing up in a militaristic environment teaches a person to conceal their emotions or risk judgment.

“She really loved you, ya know,” a familiar voice whispers behind my shoulder. I turn my head to see my best friend, Tallion, looking up at me. Her eyes are a little red and it’s clear she’s struggling to hold back her tears as well.

“She loved you too. Some days I think she wished you were her grandchild instead of me,” I whisper back. I give a small smile causing her to choke back a sob.

“Only on days when you forgot her at the market. I can’t tell you the amount of times I saw her sitting next to that little orange stand. Even then, she always still smiled. Always…,” her voice cracks at the end, but I could feel the corners of my mouth perk up a little.

I put my arm, that's carrying the bouquet, around her neck, pulling her towards me. I rub her apple-red hair a little with my free hand, causing her to playfully push me away. She stops after a moment and leans against me. We both stand silently as the clergymen perform the final Act of Returning. They lower her body under the tree where she used to sit on warm sunny days. I stand there silently as they carefully return the dirt to its rightful place. It takes them a few minutes to finish, but once they do they bow their heads and make their way back towards the city, leaving Tallion and I alone on the edge of the woods.

“Do you want to say anything,” Tallion asks.

I hesitantly step next to the fresh soil, almost as if I expect her to pop out and surprise me, but this isn’t one of her practical jokes. She’s gone. She’s never coming back. I kneel down, placing the lilies over her and press my palm into the loose soil. “Thank you. Thank you for being here,” I choke out between breaths. I try to stand, but it feels like my insides are compressing in on themselves and I can’t catch my breath. I look to see where the priest and his men are, but they are already out of earshot. I drop to both knees and put my hands over my face as I try to control my tears. I can feel Tallion’s arms around me now, her small frame offering as much support as she can.

I close my eyes and start to take deep breaths while Tallion rubs my back. She doesn’t say anything, and I don’t dare look at her, for fear she’s crying too. We’ve been sitting like this for a few minutes now and my legs are starting to cramp up. The pain diverts my attention and I can feel myself returning to a normal state. I lift my head and push myself up, struggling a little, as my legs feel weak and wobbly. Tallion gives me a few pats on the back before taking a step away and turning towards me.

She starts to smirk, her eyes dancing like she’s about to say something, but they quickly dart behind me and her expression becomes serious. I freeze in place fearing there may be danger, but her wide eyes turn to squints. Her eyebrows furrow, like they do when she’s trying to read something far away. My curiosity beats out my fear and I turn around to look in the same direction as her. I stare into the forest, but I don’t notice anything except trees and a squirrel burying something.

“It’s a squirrel,” I say matter-of-factly.

“It’s a wha-. No, not the squirrel you numbskull, there was something there a minute ago. Like a blue ball of light. Almost looked gho-,” she covers her mouth quickly. Her cheeks flush red and she glances at me from the corner of her eye. “I’m sorry, that’s not what I meant. I just wasn’t thinking,” she folds her hands together and stretches them above her head. “Maybe we should head back into town, probably just need something to drink,” she states.

I look once more into the woods before turning to follow Tallion who’s already walking towards the city. Even though I didn’t see anything, I smile a little at the thought that my grandmother’s probably still trying to watch over me. She’s always been protecting me. Even when she found out she was dying, her first thought was to prepare me for this day. We knew this would eventually come, but it still hurts regardless. I look towards the sky and watch the fluffy white clouds lazily float along the bright blue background. I take a final deep breath, use my fists to wipe my cheeks one final time before giving them a few pats, and I jog to catch up to Tallion.

“Let’s go get a drink. I think I’ll get an orange juice,” I say. I rest my head against my hands as I wrap my fingers together behind it while looking towards the sky.

“Orange juice sounds lovely, Majio,” Tallion replies. She looks towards the sky and blows a kiss. She seems pleased with herself. She takes this opportunity to tie her hair back into a ponytail, displaying golden hoops on her small pointed ears. My grandmother gave those to her on her seventeenth birthday and Tallion’s worn them ever since. She catches me looking and simply glances me up and down before continuing onward. I shake my head and chuckle to myself before returning my attention towards the dirt path towards town.
6