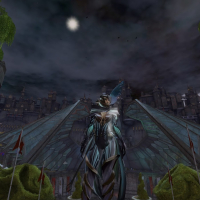 I personally dislike addons as they often ruin the fun in games especially DPS meters.
Me and my girlfriend would like to buy the game (with the nice extra's

) but are concerned to end up having a bad experience again in an MMO because of the community being focused on addons such as a DPS meter and etc.

For us the fun in a MMO is the exploring (not only the area's but your class, the combo's and etc) and create builds that are unique but fun for us to play and work well in a group. Being a sandbox game we hope this no-addon stance remains

Edit: since there will be many class combo's we feel like this could make it so that certain combo's would be seen as useless and with that not wanted in groups.

Thank you in advance for your response.
Best regards,
Halbarz
0
«12»