Regarding monumental effects and their potential 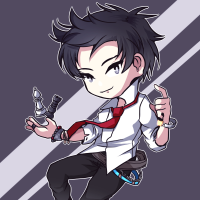 Alexander Member
May 21 in General Discussion
Hey everyone! I'm new here and very enthusiastic for this game. When I lie in bed at night and brainstorm about the ultimate game, AoC is it. In RPG games I was always interested in summoner classes (don't know why). And when I looked at the different summoner classes that will be playable in this game I had a super geek moment.

I read the wiki and saw some very cool and exciting stuff:(https://nl.ashesofcreation.wiki/Summoner)

I know there is a feature called monumental effects (I'm just going to call it war rituals) where you gather 8 people of the same primary archetype to create a siege summon for example. But will there be monumental effects for more specialised classes? For example. Can I make a necromancer coven and perform a ritual with 8 necromancers to create a large group of undead to partake in a siege battle? And if so what kind of consequences can I expect? If the ritual is interrupted (by an enemy rogue division for example) can the undead turn feral and attack the summoners? Can 8 enchanters perform a ritual of enchanting and imbue their allied forces with temporary increased elemental resistance?

Furthermore what if you could use components in a ritual to influence the outcome of said ritual? What if a guild finds a very rare ritual component, by beating a raid boss for example, and uses it in their next siege to power a strong ritual?
Now defending guilds need to keep rare ingredients in reserve to power their own rituals in case the enemy launches a powerful ritual. Rogues now have an extra role in battle because they need to get behind enemy lines and make sure to interrupt the enemy ritual. People with high perception need to then defend their summoners (or other classes) from being attacked whilst they are performing a ritual etc. etc.

When I see other MMO's large skill combat it usually comes down to who has the most numbers and highest regroup time. I think this might provide a path to solve this dreaded issue and allow for truly skilled and hard working groups to compete with a steamer and his hundreds of goons for example. What are your thoughts about this?

What I would like to know
What do you think about these ideas and monumental effects in general? How should they be implemented?
Are you interested in seeing these kinds of things in the game? Or do you think this would be a bad addition to the game?
What is your solution to large scale combat that is just about who has the most numbers?