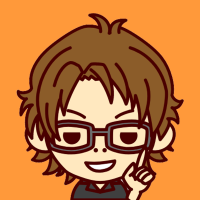 sunfrog Member, Founder, Kickstarter
June 2020 in Community Creations
It was Sunday morning. After morning prayers Ugolin the Uncorruptible liked to go fishing. Usually in the ocean near his home but today was different. It had been a week and a half since his son Artemis had left home to make his mark on the world and he was sad. Today Ugolin decided to go fishing in the River of Tears. It was a little ways away but he liked the walk. He enjoyed looking at the sun peaking above the horizon and the glimmer of the dew as it sparkled in the morning light.

When he arrived he set down a blanket and took out his fishing pole but he did’t sit on the blanket yet. Instead he took a few step into the water and fished from there. One fish, two fish, three. The fish were really biting today, he didn’t have to do much work at all. After the third fish he paused and took a deep breath as he looked out over the water. Here it was. The thing he was hoping for in a sad kind of way.

A small reed basket came floating along downstream and he waded out to get it. Inside was a small bundle. He carefully picked it up by the handle and walked over to the blanket he had laid on the shore. There was a small soft sound as he set it down. He knelt down before it and unwrapped the blanket covering.

A smiling face greeted him. Part rhino, part hippo, from the looks of it. A Wildling. The abandoned child of Tulnar parents. It was born too different to be considered a person, more wild than civilized. If left alone it would grow up in the forest and become feral as most did, but this one had a different fate. He would go home with Ugolin today and become his new son. Replacing the last Wildling that had just moved out. The unloved of the forgotten. It made him sad to think about it.

It was not the first Tulnar he had adopted. By his count which he lost track of long ago it was his 12th. Or 14th. He wasn’t sure.

“Birthplace?” Asked the cleric as he filled out the birth certificate. “River of Tears.” Said Ugolin. The cleric looked up briefly and nodded in understanding.
Many Tulnar abandoned their children there. That’s how the River of Tears got it’s name. When the cleric was done he handed Ugolin the birth certificate and blessed the child before sending them on their way. “In the name of the Forest, and of the Sun, and the Splendid Moon. Amen.”

When they arrived back home Ugolin lifted him from his basket and held him in the air. “You’ll need a name little one.” He beamed with joy. His other Wildling children gathered round to greet their new brother. There in the basket where he had lain was a small protection totem, no doubt placed there by his mother before sending him off to his fate. “Someone loved you once, if even for a little while. ” Said Ugolin. “Now I will too.”

“Now WE will too.” Said the other children at the orphanage, or as best they could in their feral voices. The end.