Council Recruitment! North America - 8+ Alpha I and 20+ in Alpha II! 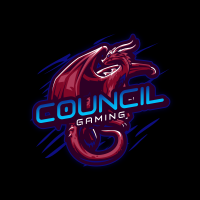 Khronus Member, Alpha One, Adventurer
July 2020 edited May 2021 in NA Guild Recruitment
NA East and West primarily but we welcome all those willing to abide by some simple rules.

Looking forward to organizing competitive play at all levels of AoC.

Council is a guild I ran in WoW for 7 years (from vanilla). At our best we were running six 10 man raid groups (all different players and no alts were allowed in core groups). Each member of the council (guild leader) rank was responsible for recruiting and organizing guild events and their own raid. It was an amazing time and I have yet to see or be a part of anything as developed as we were. This was achieved because we grew a true community and worked together to improve at the game. Toxic players/racism are not allowed. General trash talking is ALWAYS welcomed

The only other rule is to learn from your mistakes. This applies to in game actions as well as interaction with other players. We WILL have a powerful presence on whatever server we play on. I will recruit actively without mass recruiting and dedicate my time to you as much as you do to the community.
Guild Structure; we are actively recruiting players interested in all roles.

Council - 6 players (Acting Guild Leaders). Responsible for running the guild (administrative tasks), organizing content, recruitment, promoting players up and demoting players to the curb (haha, you have to really mess up for this to happen).

Class Officer - 8 players (one for each class). Responsible for knowing anything and everything about their class, training players on proper rotations and theory crafting to min/max gear and dps/heals/mitigation.

Ship Captain - Aedrip and Corbin Dallas. In charge of our fleet. Experts of the seas and masters of shipbuilding as well as siege weapons.

Artisan Officer - 3 players (One for each artisan path). These officers will master and learn ALL there is to know about each respective path. They will also be able to answer any questions and guide guild members to achieve artisan expertise.

Raider - The majority of players in the guild. A raider is an individual that all of Council can rely on to defend our turf, demolish the enemies land, and execute our vision precisely. Teamwork is CRITICAL to our success and these players exhibit this tenfold.

Member - A player who passes the trial phase. You are the heart of Council working your way towards Raider rank by furthering your connections in the community and mastering your class. You are able to help fill in roles when needed and will be included in organization/planning for all events.

Nomad - A player who simply wants to be part of the guild to enjoy guild perks but prefers to solo. We love you and you are absolutely part of the family. The main difference here is you don't have the responsibility a Raider has to help consistently with raid nights and defend our land. Do your own thing while being a part of the community.

Trial - A member on trial. In order to move out of the trial position, you must get the approval from at least 5 out of the 7 guild leaders in the Council rank. In order to be considered for approval, you must have 3 recommendations from any rank above trial. I built this system because it keeps everything in house and it builds relationships while supporting the community aspect that Intrepid Studios is trying to lean on with AoC. Plus.....it seems really fun to have an established system that is plain and simple. I WANT you to move up, not out.

I will always welcome feedback, ideas, and constructive criticism. We are in this together and together we will do amazing things!

This is not a job. This is a great game and we are a great community. Your "application" to join us is getting to know the players and enjoying each others company as we master our corner of the world. Joining a guild does not have to be on launch day. MANY of us have Alpha 2 and we are all dying to dive into this world head first. Don't hesitate, contact me TODAY.