We need good bad guys, a plea for a solid bounty hunter system ^-^ 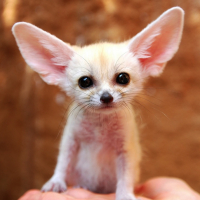 2for4Sausag3ggMcMuff Member
August 1 in General Discussion
Hi I'll start by saying I just spent a good couple days catching up on Ashes of creation after being away for a year or so, and i am absolutely blown away. The depth and the careful thought that is being put into the game's systems gives me the good feels and reassures me that Ashes is a new breed. My only plea is to not too harshly disincentivize criminals. One of my previous favorite mmos was Archeage which had a crime system that was recently changed to be more punishing. Before, people were cautious about their crime points, but now they are overly cautious, many have stopped even bothering stealing peoples goods. The feeling of risk and reward are hardly present anymore because no one wants a full day of jailtime. The Bounty Hunter system looks like a fresh take on a crime system and i like that justice is placed in the hands of the community. I believe risk and reward should be present on both sides however. Some suggestions.

1) Bounty Hunters who are killed by Corrupted players during the bounty hunt should be penalized somehow(small loss of gear 1 or 2 pieces, and/ or loss of gold) this creates a risk for the bounty hunters and it becomes a more niche playstyle, great bounty hunters will rise to the top and develop identity

2) Since there is a risk to Bounty Hunt, it should be rewarding. Either an Npc can give a set amount of gold or items on a successful bounty(boring), or the community can pitch in gold to posted bounties of truly loathed criminals to make it more appealing to bounty hunters(exciting)

4) Griefing lowbies should be a bannable offence, just kidding, but there should be harsh crime points for killing low levels and i mean harsh, a level 50 pking a lvl 49 i have no problem with tho.

5) Corrupted players only drop gear on a bounty hunter kill

We need good bad guys, they create fun friction in mmos and add an additional playstyle path to the game for those who choose it. Too heavily punishing these players will lead to them to opt out of that playstyle because its not worth the risk. Then we have a shortage of corrupties and an oversupply of valiant warriors who would never try to steal my stuff.

So I could only come up with 5 points to add to the system and some of those are intertwined, which goes to show how well thought out these systems already are. I am so impressed by the direction of this game. You guys have done amazing work. *sending good vibes and lotsa love* i cannot wait to play ur badass game ^-^
4
«123»