Is self-defence even possible? 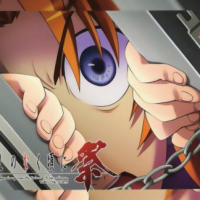 Baku Member
August 2 in General Discussion
Hello everyone, here are many threads about the combat system and its flaws, but after reading them I still don't get the point behind that one part of it.

For example:
I am gathering ressources and a greedy player wants them too. So he decides to attack and probably kill me.
If I got it right he will be flagged as a combatant in this moment.

And now I got some options:
1st - Fight back = I will get flagged as a combatant
2nd - Run away = I would miss those ressources
3rd - Get killed = death penalty

So do I get it right, that no matter what I do if a player attacks me I get punished, too? Where Is the point behind that? If he attack me and I kill him in return, why should I get punished for his "mistake" ?

I can see people running around the world with low level characters, attacking normal players while gathering or leveling or what ever until they die or fight back to get them flagged.