A Game for Gamers 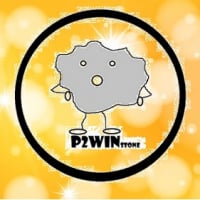 Elder Soul Member
August 2 edited August 2 in General Discussion
Do not allow monetization for streamers, youtubers and all class of snowflake God of social media and his crowd of fanboys.

Make a game for gamers, for entretainment and no to be exploited for money makers.

Make a game to play and reward the common user an not a platform to make easy marketing and a way of life/income for seekers of followers, likes and suscriptors.

You have the chance to do it.