[EU] Crimson Legion |PvX| everything in between Casual and Hardcore 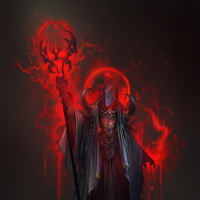 This is the official recruitment post for Crimson Legion. I will make it look better once I have more time and have banners and logo.

About the guild: This will be fresh and brand new guild created in Ashes of Creation. It will not bring hardcore players from other games and what not.

GOAL: The main goal of the guild will be to have large number of players from different callibers like PvE, PvP, Crafters, Casuals, Economy freaks, etc. Once we are well underway in aquiring that number of players 200+, the guild will begin with it's mission, that is, conquering the world of Verra in its entirety, should the game allow such a feat. If not it is possible for the guild at a later stage to be split up into several subsidiary guilds to control as much territory as possible. If the later is the case, then our main focus will be to control the 5 Metropolis cities, and the 5 Castles.

Guild structure and function: As we will need larger number of players to even start achieving that, we will require players from all walks of life. Artisans, Raiders, PvPers, Casuals. I sincerely hope that IS will no put a cap as to how many other guilds can one guild be at war with, because I do plan on being at war with most of the guilds on the server that we will be playing. The structure will be further developed once we know more about the systems in place and how to utilize them to their fullest.

About the Guild Leader: Syltharis is a player that has played many RPG and MMOARPG games throughout the years, but most of that time was in WoW. I have also played L2, DDO, Cabal, Tera, Neverwinter, BDO, ESO, all single player RPG games worth playing and many other that I deem irrelevant or unimportant to mention. Chilled and a relaxed guy, often times I joke about all kinds of things, so you should be having a ton of fun while conquering the world of Verra. Another thing to mention is that I will be purchasing a support package that will allow me to play starting from Alpha 2 (two) and will use it as a means to jumpstart my streaming carrier so you will also get the chance to be famous

About the candidates: Sense of humour, and a desire for greatness. At the moment everyone is welcome, but once we get it rolling I might be filtering up people that want to join.

Contact: I have setup a basic Discord server which you can use to join, have a chat, get to know eachother and have fun while we wait for the game. https://discord.gg/Dye69V
0