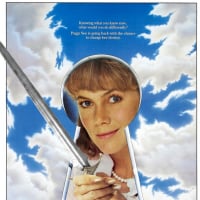 PeggysuegotParried Member, Alpha One, Adventurer
August 2020 in General Discussion
Hello all, In many games not just MMO's we have seen a large increase over the years of internet rambo's and just plain trolls. These people can seriously take the fun out of the game for me and I'm sure some other people. Archeage is a great example of how toxic players can be, and I'm sure Steven had that game in mind when he wanted to kill some of his own faction.

So what can we do to help slow it down in the nodes we will call our home?

I would like to have a player reputation system established by our players, now this will have to be limited to 1 player per account to prevent alt spamming, and I would suggest maybe letting a player use it only once a week so they're not tempted to boost buddies, and actually save it for a reason to use it.

Things that could earn reputation would be being helpful and answering questions in chat for people, players could have a small button next to the chat to give rep and or lose rep.

Helping someone survive if you see them about to die.

Organizing a group or raid.

any positive action that stands out for the best interest of you Node.

Now Bad Rep would work the opposite obviously, players doing the exact opposite of this.

Being a asshat in chat, purposely trolling people, and many other reason I'm sure these people will find to grief and annoy players.

Now I would suggest a title system for both good and bad, and I know some people would relish the bad titles.

However I would like to add a twist. For players that continue to be a plague on our nodes, as a Merchant myself and running a player stall. I would like the following options on my merchant:

*Give a discount to high rep players
*Charge extra for bad rep players
*Have the right to refuse service to a bad rep player by entering his name on a block list, and when he tries to buy have a message for him saying he is being refused service.


Now some people will say money is money, and they have every right to feel that way, for me personally I would rather stick to my principles then help enable these people. Even if just a handful of merchants did it, I'm sure players would not only appreciate the discounts but would be dismayed if a item they really wanted was for sale and they could not get it due to being a weenie!