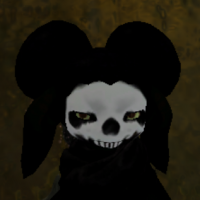 RealDrogan Member
November 2020 edited November 2020 in NA Guild Recruitment
Who are Synergy
Synergy is a new, semi-hardcore guild being formed for Ashes of Creation that intends to mainly focus on PvP while not ignoring the rest of the game. Our guild is made of a group of players who have been playing online games together for many years. Some of our players have been gaming together for 12+ years and some have only started playing with us in the past year. We have spent countless hours in Guild Wars 2, especially WvW(Large Scale PVP), and have played and are playing many other games as well.

Our Plans
We currently only have a few players who will be in alpha 2. We intend to use alpha 2 to learn about the game, recruit more like minded players, and to solidify our long term plans and goals.

Our tentative plans for the game are to find a node we like, make it our home, and then to make ourselves indispensable to that node’s community. We plan on being heavily involved in PvP with daily PvP events either fighting in guild wars, hunting down caravans, hunting corrupted players, naval combat, etc.

What we are looking for
-Mature, friendly, competitive players
-Players who will be active in game and on our discord
-Players who have similar interests and goals as the guild

What we are currently playing
We don’t currently have a game we are heavily into, but we do have a few things we are playing here and there. Currently, we primarily play GW2 as well as other games that include FPS’s, RTS’s, Dungeon Crawlers, and even board games and more!