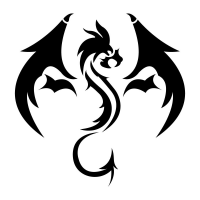 About Us We are Overlord. Players that are strong on their own come together to be overwhelming. We seek highly motivated and self-sufficient players that share these goals and ambitions, and are willing to put in the effort to achieve them. We place great emphasis on quality over quantity. We will be a prominent force in the Ashes of Creation community.

Our combat guild will be going for the combat oriented goals above, such as raid server firsts and keeping a guild castle. While our economic guild will be going for the crafting mastery server firsts, and controlling our ZOI auction house and economy. Members of our economic guild are not required to raid, but will still need to pvp some, due to us needing to protect everything we earn as a guild.

What We Offer:
- Very experienced and transparent leadership
- Organized PvX
- Guild events every week, even now before Alpha 2
- Requirement to play as soon as possible

How to Join:
If you would like to join our guild or community, please use the discord link below!

~~Brace yourselves, this isn't going to be half-assed.~~