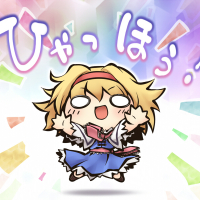 Honshu Member
January 8 in General Discussion
So obviously this falls more on the devteam than community members, but hey, maybe they need ideas too. I want to make a thread about brainstorming what each class's augments will look like, and see how they might be applied. Spitball ideas, no matter how stupid you might think they are.

Remember that at present there are expected to be four augment types for each class. Explain your 'vision' of the class, so if other people read about your augments, they can try to follow your train of thought as to why those augments are the way they are. Try to define the "theme" of the augment, because remember the same augment can be applied to every other class' skills in the game. Obviously, because we don't know every class' skills in the game, we can't give exact mechanical effects, so the augment needs to have enough thematic elements in it help see how it would manifest in other skills. It should also be broad enough to where it could apply to everything from a Mage to a Fighter, since all augments are supposed to be able to apply to every class's skills. To top it off, try to give an example of it in action as it relates to a class's skills we already know about. Try to do it with both a martial and a magical archetype; if your description only really makes sense with one type of archetype, it needs a little work.

For example, the Rogue. When we think of Rogues in games, we usually think of opportunistic stealthy melee dps. They use poisons, and sneak around, they find traps. They're agile, they fight dirty, and they shank you when you least expect it. Here's how I think it's augments might look;

Venomous Arts - Exactly what it sounds like; using poison to help your skills. Worded to give it a slightly more applicability to spells in the case of a Primary archetype that is a spellcaster.
Example: Nightshield (Tank/Rogue) Longsword Combo augment effect: Poison damage over time. The DoT stacks with itself up to a point, making him more lethal the more he focuses on one target
Example 2: Shadow Caster (Mage/Rogue) Lava Storm Augment effect: Compounding poison damage over time effect. The longer they remain in the boiling pit of poison, the worse the DoT damage they take.

Shadow Mastery - Adding "stealthy" effects to abilities. Not sure how comfortable the team would be with non-rogues having any stealthing abilities at all, but this augment should focus on making skills interfere with perception or visibility in some way
Example: Shadow Disciple (Cleric/Rogue) Hallowed Ground augment effect: Allies in the circle's effect are stealthed for a few seconds, or until they use an ability, whichever comes first.
Example 2: Shadowblade (Fighter/Rogue) Rush augment effect: Provides stealth during the charge effect, and for another few seconds after the Rush connects with its target.
Example 3: Shadow Caster (Mage/Rogue) Blackhole augment effect: Enemies within the black hole effect have no vision beyond the black hole's area of effect for as long they remain within the black hole.

Skullduggery - 'Cheap' shots, hitting below the belt, all that dirty fighting type stuff. Adds opportunistic attacks to abilities. These should be characterized as conditional augments that apply some really good effect if the condition is met for the skill. Not sure if there couldn't be a better name.
Example: .Nightshield (Tank/Rogue) Javelin augment effect: If the target's back was turned to the Tank, this skill also snares the victim after any other status effects have resolved (so, if you have level 3 Javelin, the target is snared after the stun effect)
Example 2: Scout (Ranger/Rogue) Jump augment effect: At the beginning and the end of the Jump, any adjacent target that is stuck in a bear trap takes damage as if you had used Slice on them.
Example 3: Shadow Disciple (Cleric/Rogue) Benediction augment effect: The target of your heals receive a very brief buff (1-2 seconds long or so). If they receive damage from an enemy during that time, they steal a portion of hp from their attacker.

To be perfectly honest, I can't think of a decent fourth augment for Rogue. Maybe you can, though!