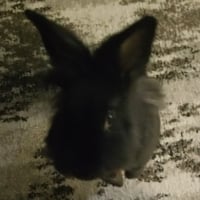 Lashing Member
January 2021 edited October 29 in Community Creations
Welcome. This is the post for my fan made Ashes of Creation themed Card Game. This card game is fully playable on Table Top Simulator. This is a non-profit fan made project and all the art was drawn (badly) by me or is owned by Intrepid. The objecting in making this game was to cram in as many Ashes of Creation references as possible and as a result is probably not very good. I hope you enjoy. If you like reading patch nodes there is a lot of them in my posts in this thread.

Update 1.6 notes have been posted. This was a massive undertaking with over 200 cards being changed. Some with all new effects and others with minor wording changes. There is new adjacent effects and unit movement between the front line (to defend the caravan) and a backline( to defend the node.) 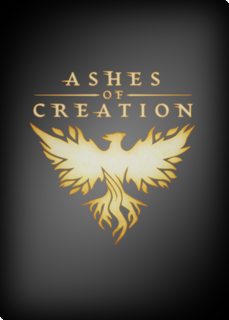 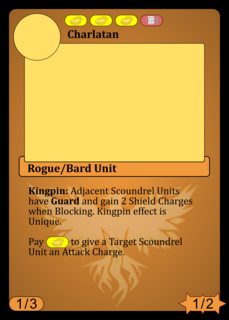 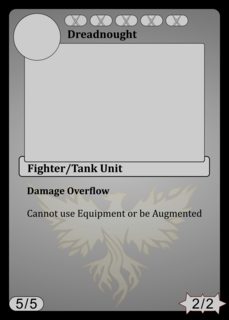 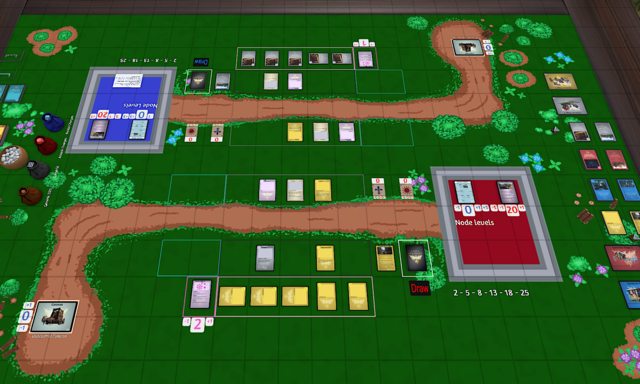 The features of this game include:
-4 Node Cards, one for each of the node types. Each node Type represents 2 Archetypes.
-At least 1 card for each of the 64 classes.
-Caravans that are used to attain victory by leveling your Node.
-Front Line and Back Line based combat with unit movement and positioning.
-Management of Materials and Essence.
-Positional based buffs
-Way to many card effects
-Equipment cards
-Augment cards
-Many skill cards or 1 time effect cards
-Freeholds
-Basic and Special Resources
-Unit cards that are focused on gaining more resources (Gatherers and processors)
-Many themes and synergies including cards that represent the seedy underbelly of the Economic node or the equipment based Military node.
-Deck building variety

The game does not include:
-Card picture art (Will work on this when it is more finalized0
-Balance
-A professional level of polish
-My sanity

The objective of the game is to Level your Node up to stage 6 (Metro). The first person to reach stage 6 is the winner. As you obtain stages you gain bonuses listed on the Node Card you selected when making a deck.

You gain levels by using loading your Caravan with resources and sending it to your node. While the Caravan is traveling it is vulnerable to attack. The choice between attacking, bolstering defense, and loading your caravan is the core gameplay loop of this game.

There is a secondary objective to destroy the opposing node defense to loot their node and gain a boost to your own node levels.

Here is a google Sheet of all the cards. Just hover over the box to see the card's stats and effects

The easiest way to look at all the cards is probably this https://docs.google.com/spreadsheets/d/1wGXPR51y00Zqv9glpOqjA7s0qNnFH51y9mbkEIdaLIY

If intrepid is unhappy with anything I have done using their IP now or in the Future I would be happy to take everything down immediately no questions asked. 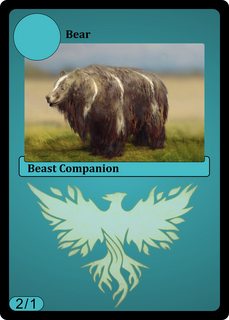 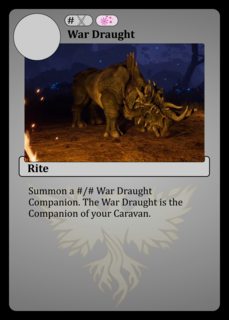 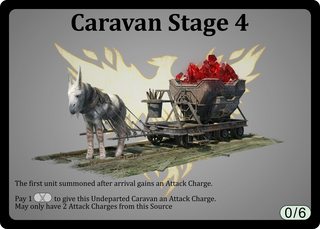 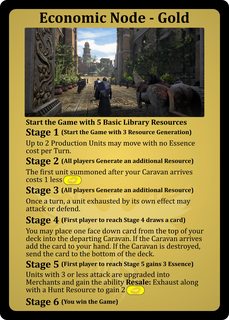 More Information on how to play is below. Feel Free to DM me on Discord if you have any questions. Lash#1803. I can be found on the Ashes of Creation Discord as well. I probably left out a lot of details so ask me anything.

EXTENSIVE RULES AND OVERVIEW IS POSTED IN THE NOTEBOOK ON TABLE TOP SIMULATOR.
I added a Steam Workshop upload for Table Top Simulator. You can make a deck using TTS deck Builder.
https://steamcommunity.com/sharedfiles/filedetails/?id=2372834980

Contingencies - usable at any time
https://imgur.com/a/dwvnqI7/layout/grid

Rites - Usable during Preparation when no other action is taking place.
https://imgur.com/a/OSz15cP/layout/grid

Equipment and Augments - Used to modify Units on the field.
https://imgur.com/a/QwlSLGv/layout/grid 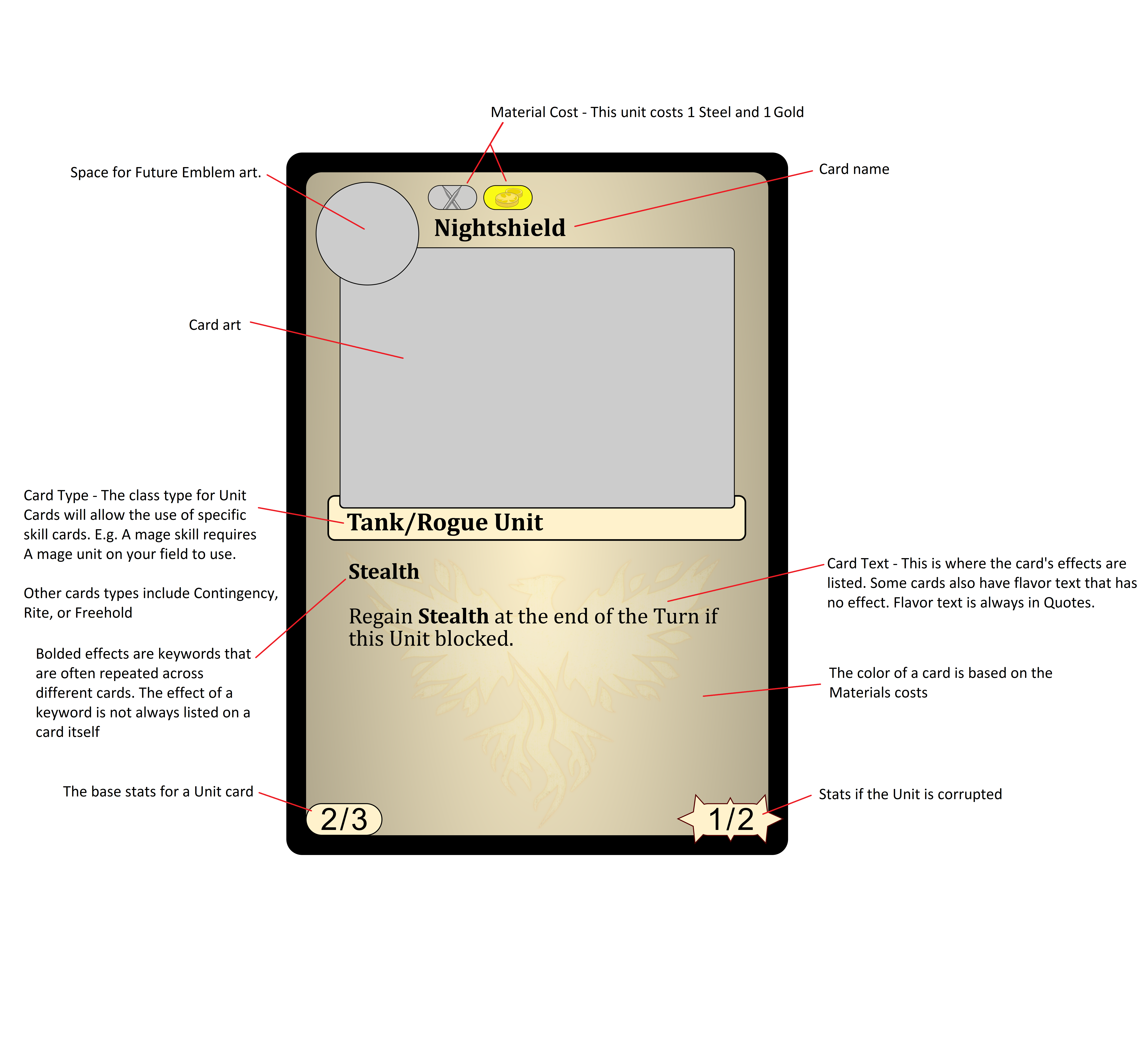 
Let me know if any of the links are not working.

This project has taken way to long for something only I care about and that is ok. I had fun making it and even if I have to delete it I have no regrets. I have learned a lot about game design while working on this on and off for over a year now.

-Current Score to win that is being tested is 20. Starting at 2 levels to gain stage 2. Then increasing by 1 level per stage. 2, 5, 9, 14, 20 levels for Stages 2, 3, 4, 5, 6
-Need to keep testing Resource Generation values and Essence ability cost.
-Starting basic resources are currently all the same based on node. This might make it to difficult to make dual color decks. However it is less confusing and opens up more interesting node card design in the future.
Link to card game
21