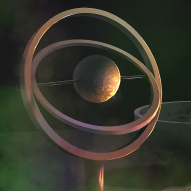 Sum12hate Member, Alpha One, Adventurer
January 2021 edited January 2021 in Role-Playing Tavern
Today Verra seems.. strange.. the underrealm has grown restless. I have decided to take a few of the lowest caste to venture towards the surface. None will notice a few of the 'rodenta' missing. I take them to see if there may be another calamity approaching like the one our ancestors fled here to escape.

After hours of walking I see that the.. light is growing stronger, but this light does not emanate from the crystals or fungus this light is harsh and stings the eyes. The air tastes strange and lacks the dampness that I have known my entire life so I decided to send a few of the rats forward to test if it is dangerous.. of the twenty I sent out only five returned and two of which are heavily injured. saying that there is no ceiling?? What nonsense is this? It must be too high for them to see properly so I have them describe what else they witnessed. The rats speak of a bright light from above and strange white puffy things floating high above the ground strange plants they have never seen before and monsters that fit none of our catalogues of beasts..

"Interesting.." I whisper through scaled lips. "Did you bring anything back to validate your claims and what of your.. kin?" They begin unfurling their packs and present to me some oddly shaped plants and the head of a large beast with wickedly twisted horns jutting from its face.. I assume this killed the others. "we must report this to the elders.. I believe it is time we begin to expand above"

After making our way back I am stopped by our city guard to explain why I have taken a hunting party out but return with no prey.. Their compound eyes ever twitching as mandibles click and clack is begining to grate against my nerves. the audacity of these insects to assume a reptian such as I would horde away food like a rat.. after tersely explaining that I was merely investigating and not hunting I push past them and make my way to the courtyard of scales..

Upon my arrival one of my least favorite clutch mates, Cursix comes sauntering my way with a wide 'smile' "I couldn't find you in your home I've been waiting for our next duel all week have you the time now?" How such a battle maniac has been appointed as the crest bearer for mine house baffles me. "No I do not.." I begin to reply before an amusing thought crosses my mind "..but if you must fight something I could conjure up a new beast for you to spar with?"

"Bah.. you summoners are all the same claiming to have a new for for me and it merely turns out to be a slightly bigger horned frog or a Cuegle with four eyes. Fine bring out your 'new' beast for me to kill."

A light chuckle escapes my throat causing cursix to drop his smile before he can renege on the fight I use the head of the strange monster from above as a medium for my summoning spell. I did not quite expect this beast to be so ugly it stood upon four cloven hooves, with red fur wrapped tightly around a body writhing with muscles, and the back of the beast seems to be covered in spines. No wonder it killed so many of the rats I'm surprised the five that came back even survived..

"Well Cursix are you satisfied?" I said while commanding the beast to keep him occupied so that I may find someone with more intelligence to convey my findings to the elders.

As I walk away the stupid oaf charges my summoned beast while releasing a battle cry. After walking for a while longer I come across Vorshed one of our people's judges.. while I do not disdain her I am also not close to her so I begin to deliberate whether I should trust her to report my excursion to the elders.

Suddenly I felt my connection to the summons disappear... Which can only mean Cursix managed to finally best the beast, shame I would have preferred the other way around. Now that he's finished he will most likely come to me wanting another bout.

Seeing as I have lost the luxury of time I explain everything to Vorshed her eyes widen slightly at various times but being a judge through and through she waited for me to finish before speaking. "I believe we must bring this to the council so they may discuss what to do next."

Before going to far another of my clutch mates appear and tells me that I am being summoned by the house head. This does not bode well.. Hastily I command the rats to follow Vorshed before walking away with my kin..

"Intalru! What have you done‽ You've nearly crippled Cursix if not for the city guard stepping in that MONSTROSITY you created would have gored him to death! What is the meaning of this!‽" The house head roared with far more vigor than I would have previously assumed possible for the old sack of scale and bone..

I sit in silence for a moment contemplating the situation and composing my response before a grin flashes across my lips. "He was in no true danger I merely commanded the beast to keep him occupied while I attended to more important things than fanning Cursix's blazing ego that for some reason everyone keeps adding fuel to.. he challenged me then insulted summoners as a whole so I decided to remind him why one doesn't look down on a for before the battle is won.." I pause before turning my attention to Cursix whom is currently being treated by our houses best cleric "speaking of winning battles I believe I did just that the moment you asked the guards to intervene no?"

Cursix glares at me before speaking " I did not call for help the d*mned bugs stepped in of their own accord.." "Oh truly a shame.. do you care to try again?" I quip rather eloquently if I do say so myself.. "Enough of this!! Intalru I banish you from this house for trying to kill our crest bearer Begone!"

...Well I wasn't expecting that kind of punishment maybe being forced to teach the young ones or possibly be stuck as a house guard for a year or two but banishment?.. so be it.

I stormed from the council chamber of our.. I mean my old house hastily going to my room to grab my books both filled journals and blanks ready to be inked.. I'm going to have quite a bit to write about up on the surface after all.. Maybe I should ask if anyone else is interested in joining me for the expedition? Safety in numbers and what not.. might want to be nicer to the rats too..
6