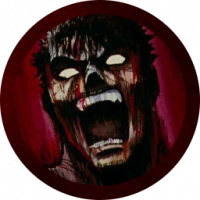 Sathrago Member
February 22 in General Discussion
Now everyone hold your horses it sounds worse due to the "yet another corruption thread blah blah." Don't worry this is in a pve minded direction.

So, what if there was a stacking debuff/buff similar to corruption that marked you as a "corruption cleanser" or some better sounding name. This would be the opposite of the corruption system, and build up when killing lower than your level ancients/corrupted creatures under the influence of ancients. My initial thoughts are not to give any special debuffs or combat inhibitions, but perhaps this can stack up to start summoning ancients to "defend" the lower life forms they command/control. Basically if you are hanging about low level areas killing creatures below your level that are associated with the ancients you will have encounters with powerful ancients which are basically there to give you some issues rather than mindlessly cleaving your way through low level content for quick coin. It also works as a slight deterrent for higher level players, allowing low levels to grind in more relative peace within their appropriate leveled areas.

The only system I can think of that could best represent what I am proposing (that I know of) is the current 5 tier system in The Maw of World of Warcraft. It builds up over time and releases more monsters and hinderances to attempt to kill the player.

Now, the build up would have a limit, and could even be a way to cause monster waves or open world boss fights to spawn. This all would need work to pull off and flesh out but this is my basic idea that randomly popped into my head and I thought I would share it with you all.

Let's be honest, this is better than endlessly throwing the "Tank" hot potato back and forth.
3